R. Kelly Case Takes New Twist, New Video Of Women In Tears As They Speak About Him

She told TMZ she was only in the video because she was offering “moral support” to Halle and Vonecia. As for Kelly’s legal battle, Kash says, “Mr. Kelly faces very disturbing charges. And while I have never personally witnessed any wrongdoing, I support those in search of the truth.”

Meanwhile, authorities have two separate U.S. Attorney’s Office investigations into Kelly. They will meet with Joycelyn Savage’s parents, who say their daughter is living with and being brainwashed by the singer. They also claim to have “physical evidence” to turn over.

Video was deleted on TMZ, but we found a snippet of it on Instagram.

. Homeland Security contacts Ex-Stylist of #Rkelly #KashHoward and in the car with her was two of R.Kelky’s girlfriends #HalleCalhoun and #VoneciaAndrews … full Video #linkinbio …. my heart hurts for all the women RKelly abused allegedly ________ #survivingrkelly #muterkelly #metoo #blackwomenmatter #queeniesblog #pressplay #tmz #theshaderoom

Kelly’s attorney, Steven Greenberg’s reacted to the investigation by stating,“That’s their job. But just because they are looking into something, certainly nobody should conclude that they have any evidence of any wrongdoing or a crime was committed.”

NeNe Leakes Explains Why She Went Off On Porsha Williams, Kandi Burruss, And Cameraman 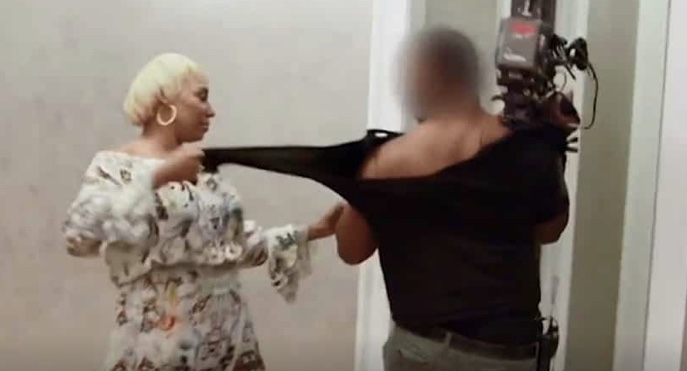