R. Kelly Rescuing Kids Like A Superhero, See What He Did For This Kid 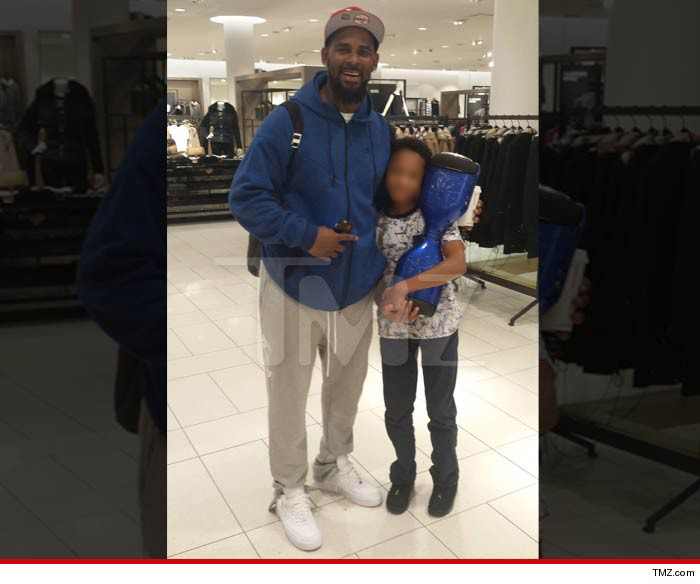 R. Kelly was making a kid fly yesterday…well kind of. You see he was spotted in a mall in his hometown of Chicago doing a lil’ shopping when he decided to help a lil’ guy out who randomly flew right across his path and crashed…literally. Here’s the story (via TMZ):

If you ever crash your Skywalker Hoverboard, better hope R. Kelly‘s there to hook you up with another one, which is exactly what happened to one lucky kid at a Chicago department store.

The 9-year-old was helping his mom shop for a Burberry belt Sunday at the Nordstrom on Michigan Ave when he cruised off, and bit it so hard he broke his wheels in two.

First to the rescue — R. Kelly, who just happened to be doing some shopping. R. Kellz picked the kid up, and before he even shed a tear, Kelly had his assistant run to his car and grab the singer’s personal hoverboard … which he then handed to the kid.

Props to R. Kelly for helping the kiddies out. His dynamic personality never ceases to entertain us- by day you get the PG rated Kellz and we’re pretty sure that he’ll be right back to his regular X rated self when he hits the stage tonight at his next concert. Word on the Old School curb is that he’s been rippin’ every stage he’s been touching lately, just like he did during his “Bump N’ Grind” era. Okay Kellz, we see you doing your thing!