Kitti Jones has now come forward for a second time with even more claims that R&B legend, R. Kelly, sexually abused her. Jones, R. Kelly’s former girlfriend, is speaking out, claiming that she was physically abused, starved, and forced to have sex with other women during their relationship.

As we all know, back in July, a bombshell allegations were dropped when three women spoke with BuzzFeed News and alleged that R. Kelly had some sort of sex cult where he controlled the minds of young women. Jones, was one the three, who alleged that  R. Kelly insisted that she call him “Daddy,” and reportedly controlled every aspect of her life at one point.

“I got trapped,” said former insider Jones. “I had people telling me I was an idiot. But it took me a long time to realize they were right, and I’m talking now because I hope I can help some of these other girls.”

Now, seemingly like a caged bird that’s finally free, Jones is ready to sing for the world, as she recently conducted an interview with Rolling Stones, in which she made more horrifying allegations about her life with Robert Kelly.

Referring to R. Kelly as her “Brad Pitt,” Jones- a former DJ for the Dallas, TX hip-hop and R&B station, 97.9 The Beat- was beside herself with joy as her dream was about to become a reality. As we previously reported, Kitti Jones said the year was 2011 and R. Kelly was performing at a theater outside of Dallas, Texas. While Jones was unable to attend the concert, she was looking forward to meeting him at a Beat-sponsored after-party. Upon meeting R. Kelly, Jones claims that she was impressed with his swag and that he was everything she dreamed he would be. During a conversation, R. Kelly reportedly invited her to the next tour stop and she couldn’t believe it. According to Jones, their conversation ended with Kelly asking Jones to text him her number. She told Rolling Stone that she did give Kellz her number and that he reportedly insisted she call him “Daddy,” never Rob. 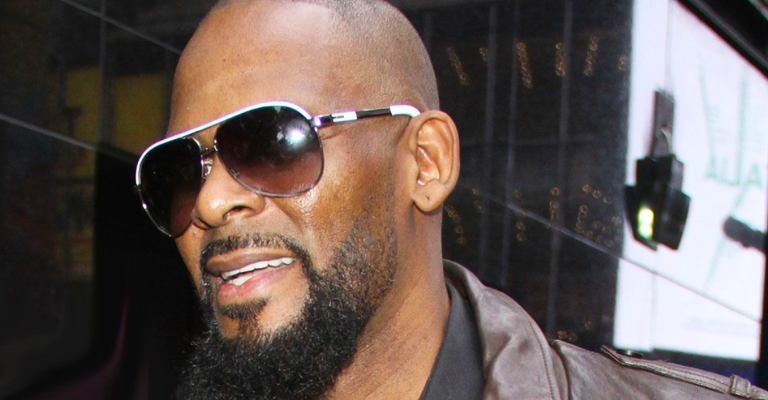 The thing that made Kitti different from other women Kellz has been accused of having relations with, is that she says she was 33 -not 18, nor 20 something- when she and R. Kelly allegedly started dating. She says she was a grown woman, with real bills, a career, a child, and she even had an ex-husband. After meeting Kelly in 2011, Jones claims that they talked on the phone. She reportedly sent R. Kelly provocative photos and even arranged to meet him in Denver with expenses paid by the Chicago native himself.

Via Rolling Stone: “I got there before he did because he of course doesn’t like to fly, so he’s taking the bus,” Jones says. She had sent Kelly ‘”racy photos” while he was en route to the hotel and was excited to reunite face-to-face. As she waited in the hotel room for Kelly to arrive, she heard a knock at the door. “He brushed past me, “Jones says. “I’m thinking we’re going to hug or peck each other. But he plopped down on the couch and pulled out his penis and started pleasuring himself.” 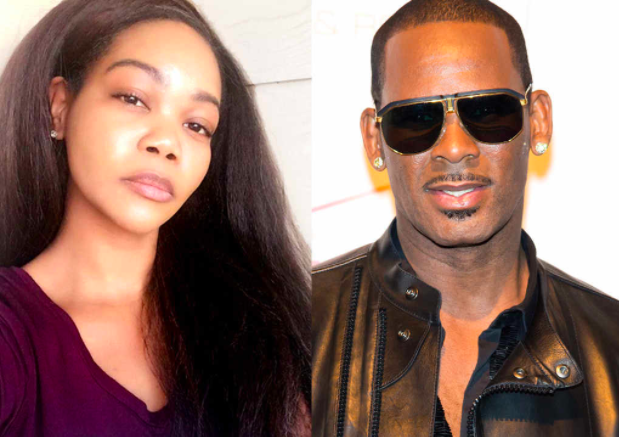 Jones was taken aback by Kelly’s alleged behavior in their second meeting. However, for her it apparently made a difference that he was R. Kelly, not the ‘average Joe’ down the street. Kitti says she decided to look past his weird behavior because this was a man she worshiped for 20 years.  She was single, lonely and her son was living in Europe with her ex-husband. Kelly offered the perfect distraction according to Kitti:

“I was attracted to him and was just like, ‘Well, OK. Fine,'” Jones said to Rolling Stone. “Maybe he just has weird ways of getting off.” According to Jones, R. Kelly kept saying things like, ‘I gotta teach you how to be with me’ and ‘I gotta train you.’ “He was like a drill sergeant even when he was pleasuring me,” Jones says. “He was telling me how to bend my back or move my leg here. I’m like, ‘Why is he directing it like this?’ It was very uncomfortable.” -via RS

As their relationship continued, Jones shared with Rolling Stones that R. Kelly convinced her to quit her job because he would reportedly double her salary. So, she decided to quit her job and she moved to his Chicago apartment in November of 2011. However, she claims that she soon learned that living with R. Kelly came at a price. Jones claims she had to wear baggy clothes and not challenge him on anything. When asking him about his past child pornography allegations, Kitti also claims R. Kelly snapped and allegedly became abusive.

“He said, ‘B*tch, don’t you ever f*cking accuse me of something like that,'” Jones says. “He never had spoken to me like that before. I was putting my hand over my face and telling him I was sorry,” Jones says. “He would start kicking me, telling me I was a stupid b*tch [and] don’t ever get in his business.” The next day, Jones says, the couple went shopping and neither spoke about the incident.

After years of allegedly receiving physical abuse, Jones said she finally had enough and contemplated ending her life…or his.

‘I’m gonna kill myself and it’s gonna be his fault,’ she says. ‘I can either kill myself or kill him. What use am I when I walk out of here?’

In September 2013, Jones says she convinced R. Kelly that she was traveling to Dallas to see her son off to school. She says she left most of her things in Chicago, flew to Dallas with two suitcases and never returned. Now, Jones is trying to rebuild her life as she got a job financing for car loans, however, she’s working on getting back in radio. 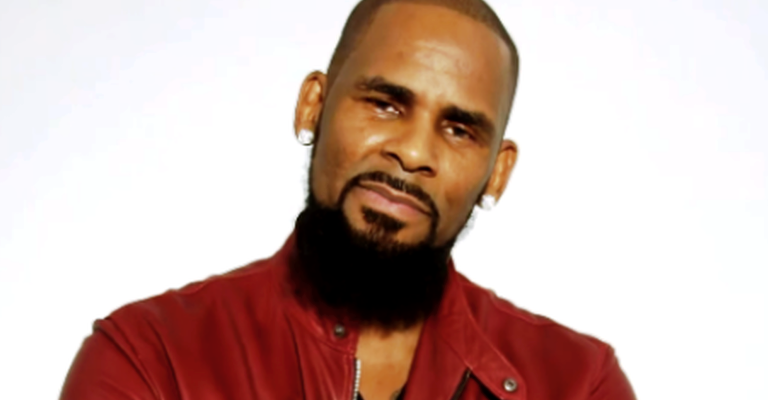 When Rolling Stone provided to Kelly a detailed list of allegations Jones made against him, Kelly categorically denied them by stating the following:

Mr. Kelly is aware of the repeated and now evolving claims of [Ms. Jones], Kelly’s representative wrote in a statement. It is unfortunate that Ms. Jones, after public statements to the contrary, is now attempting to portray a relationship history with Mr. Kelly as anything other than consensual involvement between two adults. As stated previously, Mr. Kelly does not control the decision-making or force the actions of any other human being, including Ms. Jones, by her own admission. Any claim of wrongdoing of any kind or of mistreatment of any woman by him is false, ill-motived and defamatory.