R. Kelly is currently going through yet another sexual assault trial…and this time the female alleged to be the then teen in that infamous tape from the early 2000s is unleashing all the deets that she says are fact, regarding their alleged past relationship.

For starters, we all remember when in 2002 the infamous sex tape emerged of a dude ‘who looked a lot like R. Kelly’ (side note: we’ve got to word it that way for the sake of keepin’ things politically correct, but yeah…that tape) had sex with and urinated on a female who was allegedly not of legal age.

By 2008, R. Kelly was tried and acquitted of all charges related to his sexual assault case involving a minor, mostly because the alleged sex tape victim refused to cooperate with law enforcement and/or testify against Kelly back then. Welp, apparently things done changed, because now, the alleged victim has told it all about what she says went down back in the day between she and R. Kelly dating back to when she was just 14 years old.

The woman — who is going by the name “Jane Doe” in court docs — is R. Kelly’s goddaughter. She says she’d ask R. Kelly to be her godfather when she was 14 years old in the 1990s, but says their relationship quickly turned sexual.

The now-37-year old woman testified that R. Kelly made his first move at a Chicago recording studio, when he allegedly touched her breasts when she was 14 and Kelly was approximately 37 years old. She also said things soon escalated to sexual intercourse by the time she was 15 years old, stating that Kelly had sex hundreds of times before she turned 18 years old. And apparently, it was so many to count that she eventually summed it up to be an “innumerable” amount of times. She says their encounters occurred at R. Kelly’s home, studio, tour bus, as well as in hotel rooms.

When “Jane Doe” was asked why she continued having sex with R. Kelly, she explained to the jury that she perceived Kelly to be an authority figure, and was unsure how she should react to his alleged requests of her. As a young girl, the woman says she didn’t quite know how to say “no” to Kelly, and that their encounters were so frequent…it eventually felt ‘normal’ to her at that time. But there’s more… 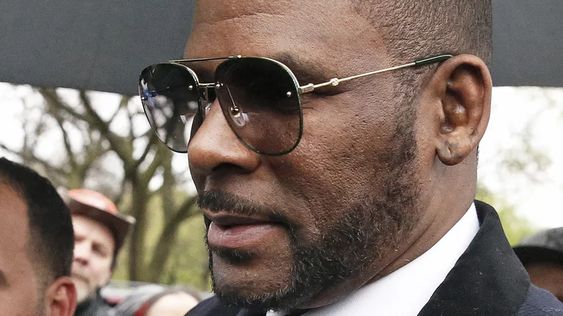 “Jane” also testified that R. Kelly would have her ‘recruit’ other teen girls back then, and that they’d have threesomes with those girls at that time.

Additionally, “Jane” says Kelly began recording their sexual encounters when she was as young as 14.

Simply put…R. Kelly seems to be screwed right about now. Why? Because for many years, “Jane Doe” and her parents repeatedly claimed she was NOT the female in the video, and did NOT have any type of sexual, nor inappropriate relationship with R. Kelly. In fact, she wasn’t even called to testify during his 2008 trial (for the sex tape), because she and her parents were adamant it was not her…even though prosecutors were, however, adamant that it was her in the video.

After already having been sentenced to 30 years in the pen’ for sex crimes, R. Kelly’s latest trial began Monday, August 16, 2022 in a Chicago federal case, in which he’s being accused of similar crimes by 4 different women — all of whom are scheduled to testify. We’ll keep y’all posted on this as more details emerge.