Tina apparently shot Randy through the window of her home after he was ringing her doorbell and begging his girlfriend to leave with him…then throwing a flowerpot through the window once no one answered the door.  Bernadette said he then kept telling her something to effect of “I love you and so on.” She said it was hard to really hear because it just sounded like he was muttering.

Tina, several feet away from Randy, raised the gun and blew a hole in the ceiling.

Randy reportedly charged straight at Tina like a raging bull. Still in total control, Tina moved the barrel slightly to the side and fired towards the doorway. She again pointed the gun at Randy. Check out the tweets that Randy posted and a newspaper clipping of this alleged event. 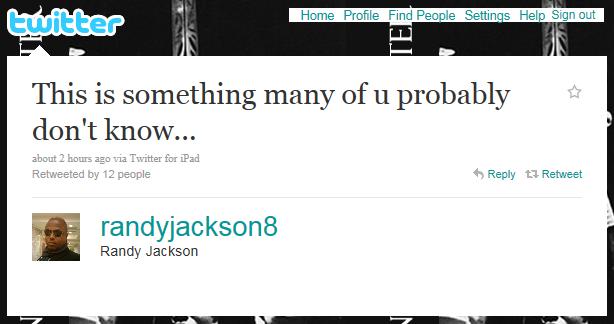 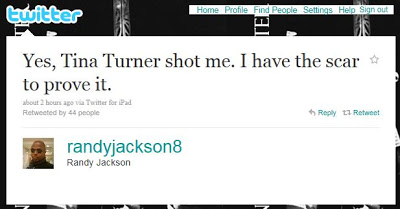 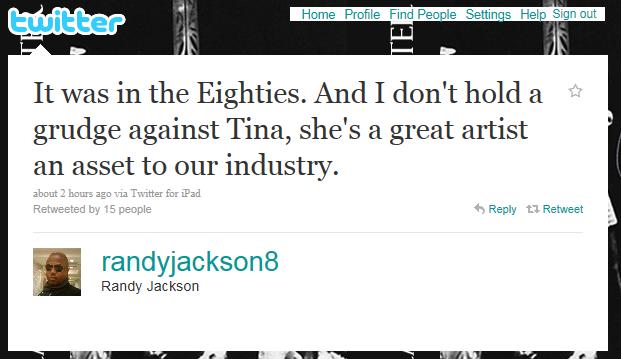 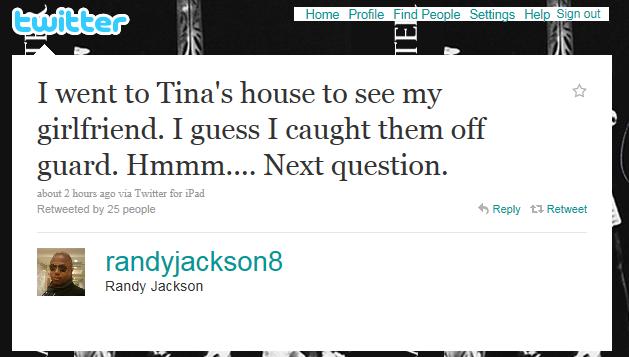 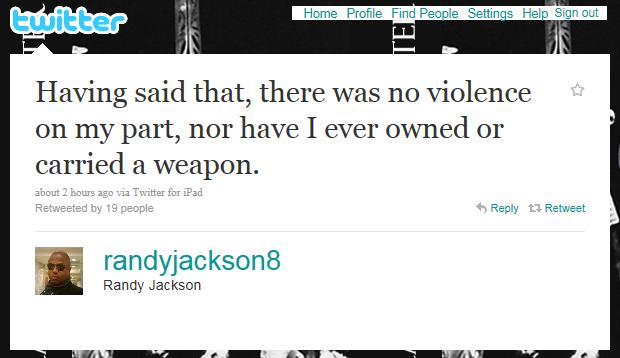 Welp, I guess Tina wasn’t about to have another ‘Ike & Tina’ moment in her life and from what Randy described, she must have made sure of it by shooting first and asking questions last.

Luckily, Tina -who was about 49 at the time- was allegedly a horrible shooter that day and missed Randy’s vital organs. And besides, as you can see from the tweets above, all is forgiven from Randy’s side of things.WHAT’S LOVE GOTTA DO WITH IT?