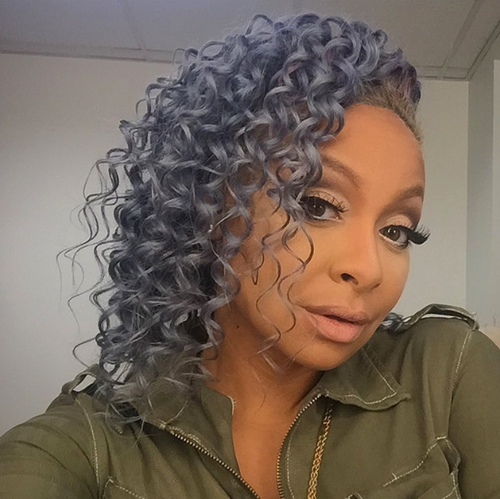 We all remember how Raven Symone caught a boatload of flack last year for her discriminatory comment stating “I’m not about to hire you if your name is Watermelondrea.” It seemed to be aimed at Black women with perceived ‘ghetto’ names and although she apologized, she’ll probably never live that down, which brings us to today.

A new pic (shown below) surfaced of Raven rockin’ this pink and blond mohawk, bedazzled with silver hoops lining the sides and folks on Instagram let her have it.  I wonder if she would classify this as her “Watermelondrea” inspired moment… 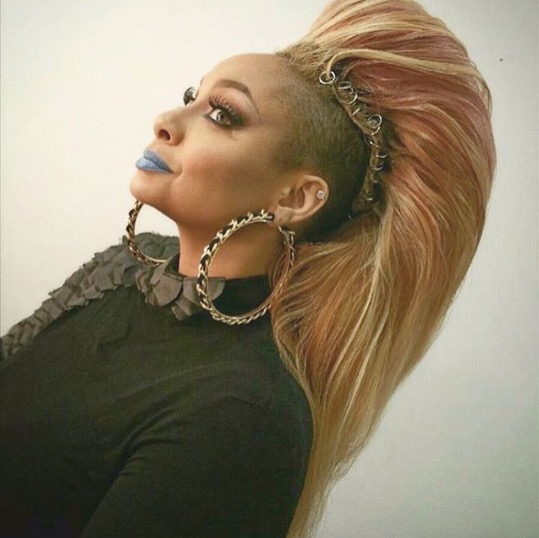 Even if she doesn’t consider her ‘do a “Watermelondrea” inspiration, the internet still gave her a taste of her own past judgement and clowned her simply based off of her hair, not her personal character, just liked she’d done with her prior name discrimination….

Raven will debut her ‘do on “RuPaul’s Drag Race” show, but nope, this isn’t a drag costume, this is just her style.

As you can see, some thought it was cool and others thought it was laughable at best. I simply think it’s a form of self-expression, but based on Raven’s previous name discrimination, it does make you wonder if she ever noticed that some of her hairdos could be considered ‘Watermelondrea-ish,’ so she might wanna rethink that whole judge-a-book-by-it’s-cover thing…just saying. We’ve still got love for you though Raven!