It’s almost been a year since our beloved Prince Rogers Nelson passed away. And we surely do miss him. We’ve covered everything about here, including the good, bad, and the ugly…but 10 years ago, pre-social media, we weren’t around yet to cover his “PERFECT” performance at Super Bowl 2007.

So let’s rewind back to February 4, 2007 in Miami at Dolphin Stadium — that’s right, the 10th anniversary is the day before this year’s Super Bowl. The game was between the Colts and the Chicago Bears, and although this was an exciting game, we were all waiting for the Purple Symbol to hit the field.

Prince’s love symbol lit up in the middle of a wet field, and if you’ve never seen it before…here you go!!!

As reported by Mark Hinog of SBNation, here’s the lineup from A to Z!!!

I don’t know if the lightning theme was added at the last minute, but it fit perfectly with both the weather and Prince’s clever sensibilities. Like, he probably told the producers hours before the game, “Oh, it’s raining? Give me some lightning.” Then he left a Prince-shaped cloud when producers weren’t looking. The use of Queen here was only partial, too. He didn’t sing any of the lyrics, but he used it in a different key as a starting point to one of his classics, “Let’s Go Crazy.”

The love symbol stage lit up at this point, and of course he did his famous “Dearly Beloved” sermon. That’s when the party really started — the crowd rushed on the wet field while Prince sang and shredded, and it became more apparent just how wet the stage was. There was no roof protecting him, his band mates, and the dancers from the rain, and they were all playing with electric instruments and surrounded by wiring. But it did not faze any of them. Despite the rain, the show had to go on.

Oh snap, it’s “1999” time! Oh wait, that was actually a tease to “Baby I’m a Star.” But that’s OK, because that’s when the marching band came in, and it was a great addition to Prince’s band. This might be a weird thing to say because Prince had decades of experience performing on stage. But when I watch the performance now, I can’t help but be mesmerized by how he moved on stage. He had so much confidence in his dancing, his rapport with the crowd, and in his singing — you’ll notice he ad-libbed the line “Somebody take my picture with all this rain inside” without missing a beat. It was subtle, but it made you appreciate his musicianship. 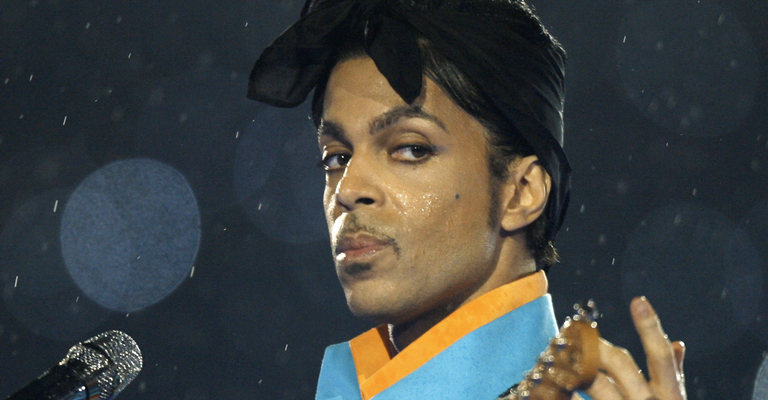 The halftime show was all Prince, but it was not entirely comprised of Prince songs. Of all the songs he performed, only three (or four if you count the “1999” teaser) were original. The rest were songs by people he genuinely enjoyed or was probably influenced by. Tina Turner was definitely one of them, and while most people know “Proud Mary” as her cover of the CCR original, Prince made it his own.

5. “ALL ALONG THE WATCHTOWER/BEST OF YOU”

The dance party slowed down at this point, but the intensity only built because this was Prince’s time to shred. The thing I noticed during this segment — aside from Prince melding the two songs together like a wizard — is that the mixing was totally in favor of Prince’s guitar. By that, I mean the sound of Prince’s guitar was slightly louder than the rest of his band. I wonder if that was by design, as if he wanted to remind the crowd at home just how brilliant of a guitarist he was. He could’ve done the whole show with no singing and just guitar solos, and I don’t think anyone would’ve hated it. He was that good.

Even if it wasn’t raining, this was the essential Prince song to end the show — the only way a Prince halftime show could’ve ended. There are a couple of things I need to point out.