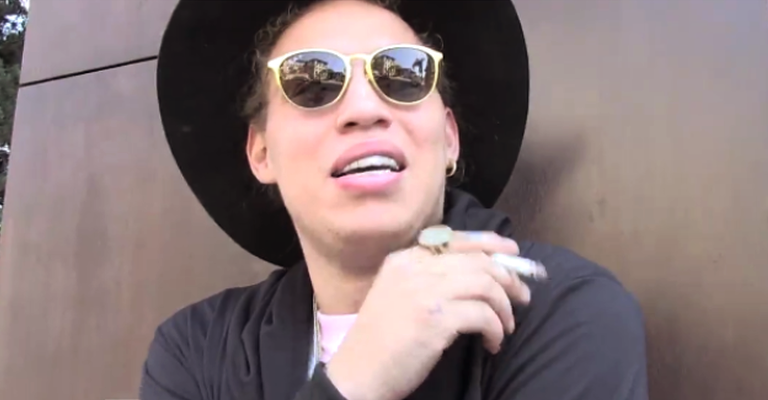 After Rick James’ son, Taz James (23),  found out NBA player, Kevin Durant, just got a massive thigh tattoo of his Daddy, he was pretty shocked and had a few things to say about about it. (SCROLL DOWN FOR VIDEO)

Word got out about Durant’s inked up homage to ‘Mr. Superfreak’ after he posted a pic of it on his Instagram page. Soon afterwards, folks were talking about it and then he deleted the pic altogether.

Durant is clearly a big fan of Rick James and while Taz says he definitely respects anybody who’s willing to show his Pops love in such a major way like that, he also feels that because he is the “new Rick James” Kevin Durant should have hollered at him about that tatt’ just outta respect for his Dad’s fam’ and legacy.

Overall though, Taz was still flattered by Durant’s action. Check out what he said about below…

Okay, can we pause for a second to talk about how Taz is so much like his Daddy, it’s almost scary?!! 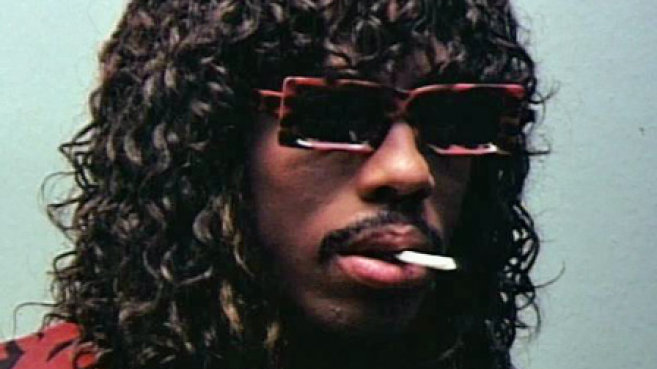 In case you missed our previous post on Taz James, he’s in the music game too, he’s a rapper and as you can see, he clearly inherited his Pop’s swag. He even puffs his cigarette the same way his dad did. It’s like watching a young Rick all over again- except it’s the biracial, 2016 version of him (Taz’s mother is of Jewish and Arab descent).

Although I did hear most of what Taz was saying in the video, I have to be honest- his words kind of took a back seat to the similar mannerisms I couldn’t stop concentrating on between him and his Daddy. Anyways, it’s still interesting to see what Taz thought about Durant’s ‘Rick James’ tatt.

Durant, however, is only  27 years old, so we’re not sure if he’s actually a fan of the Old School legend, Rick James, or as one blogger put it, he may just be a big fan of “The Chapelle Show”- “I’m Rick James bi*ch!’ 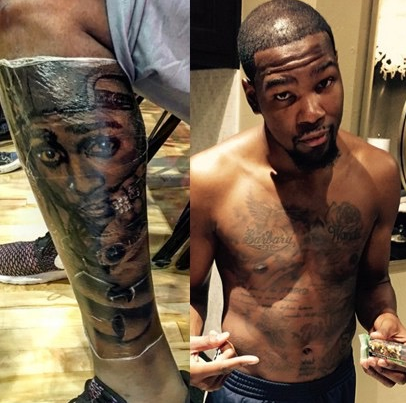 By the way, the Rick James tattoo is Kevin Durant’s second music icon tattoo in as many weeks. He got a big Tupac tatt’ on his left calf about 2 weeks ago (shown above).