So Sad: Brownstone Singer Charmayne “Maxee” Maxwell Passes Away At 46 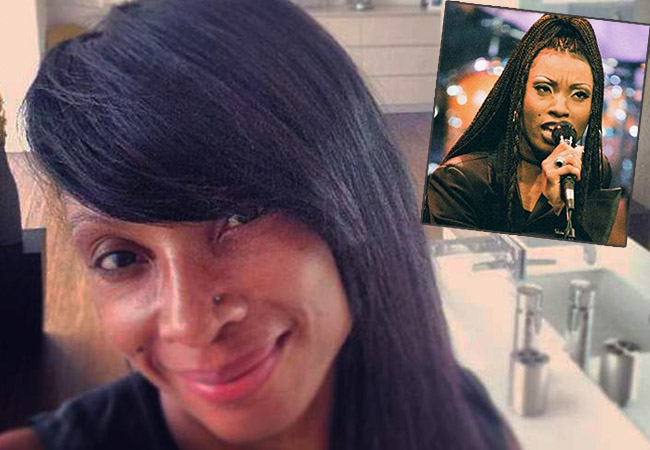 ILOSM family we’ve just received word that Charmayne “Maxee” Maxwell of the 90’s R&B group, Brownstone suddenly and unexpectedly passed away on Friday night. Here are the details of the tragic accident she suffered: (Via TMZ)

R&B singer Charmayne Maxwell’s death in her home appears to be an almost one in a million accident, and nothing sinister … TMZ has learned.

Law enforcement sources tell us detectives combed the scene where the ex-Brownstone singer fell on Friday evening — and say all evidence points to her falling backward at the doorway between the house and the back patio … while holding a wine glass.

We’re told during the fall … the wine glass shattered on the ground behind Maxwell’s head, and when she landed shards of glass punctured the back of her neck in two places. We’re told there was an injury to the back of her head, and it’s possible she was knocked unconscious.

Charmayne’s husband Carsten Soulshock came home and found her bleeding around 9 PM Friday. We’re told cops interviewed him and several other family members … and say there’s no history of domestic violence. They do not suspect foul play.

The one remaining mystery is what caused the fall — and we’re told one theory is she was intoxicated. The coroner now has her body, and will conduct an autopsy and toxicology test which could answer that question.

Charmayne Maxwell — part of the 90s R&B group Brownstone — died Friday night in L.A. after her husband found her bleeding from a cut to her neck.

A family member tells us Charmayne had come home from her son’s soccer game, and was home alone with him. Later in the evening … around 9 PM her husband, music producer Carsten Soulshock, came home and found her unconscious and bleeding.

We’re told it looked like Charmayne had fallen and cut her neck on glass … she was bleeding profusely, but still had a pulse. Carsten called 911, and paramedics transported her to Cedars Sinai Hospital … but she had lost too much blood. We’re told she died on the way to the hospital.

LAPD went to the home … and tell us it was a broken wine glass that cut Charmayne’s neck. Detectives do not suspect foul play.

The group — which was on Michael Jackson’s MJJ Music label — had its biggest hit with 1995’s “If You Love Me.” They earned a Billboard Music Award and a Grammy nomination for the song.

Please keep her son, her husband and all of her family, friends and loved ones in your thoughts and prayers. May “Maxee” rest peacefully.