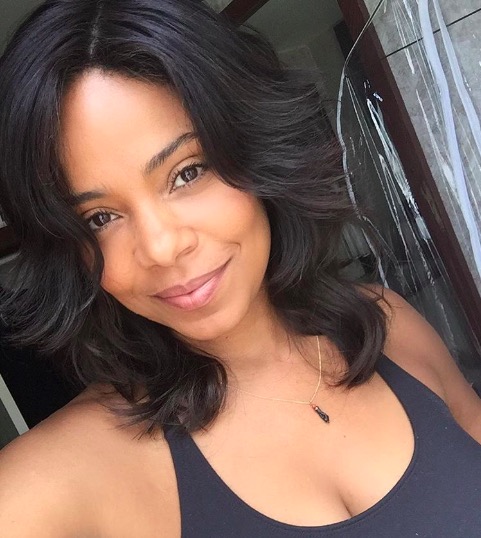 Sanaa Lathan is the latest actress to join the ranks of other highly acclaimed actors with her own TV show on Fox, titled, “Shots Fired.” Although Sanaa’s done many on-screen love scenes in the past, she recently voiced her initial concerns about her character’s love scenes with her love interest on the show though, played by Stephan James (known for his portrayal of track and field icon, Jesse Williams, in the 2016 biopic, “Race”). 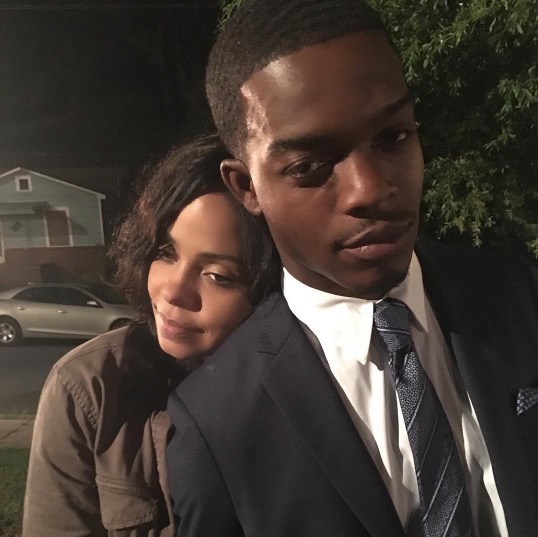 The problem for Sanaa was that she’s getting her “cougar” on with a 22 year old- Stephan- and that at first it felt weird to be kissing up on a man young enough to be her son, 22 years younger to be exact…Sanaa is 44. But the show’s creators (who also wrote & directed Sanaa in “Love & Basketball”) spoke with Bossip and revealed that they saw something totally different in Sanaa’s and Stephen’s audition for the roles:

“This is a mystery, it’s a social drama but it’s also a love story,” said Gina Prince-Bythewood who co-created the show with her husband Director Reggie Rock Bythewood. “Their chemistry was there in the audition, it was exciting to see.”

Then Sanaa explained why she was worried about looking like Stephen’s Momma instead of his lover on the show:

“I was nervous,” said Sanaa.” I was like ‘I don’t want to look like his mama.’ I’m just being honest, he’s a lot younger. I did a lot of chemistry reads, that was a whole process, I met a lot of fine actors,” she added. 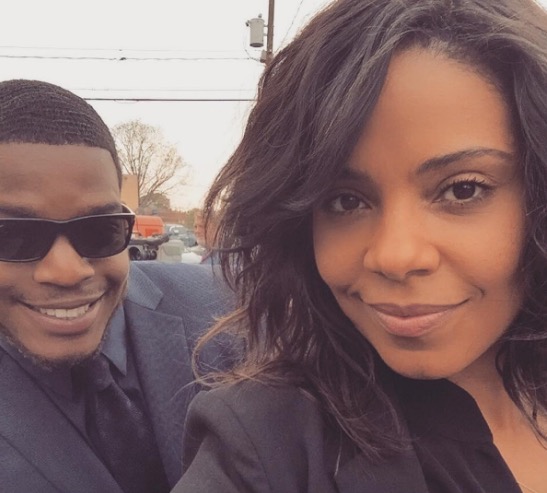 “When I say fine I mean…you know, good actors. [laughs] It’s funny because I didn’t feel chemistry with anybody but she [Gina] could see it. It’s chemical, chemistry really is chemical so I guess Stephan and I had that chemistry. He’s a great guy, he’s up and coming, a good person and a hard worker. He gives a phenomenal performance.”

“Shots Fired” it’s centered around the racial aftermath of a Black officer, played by actor/singer, Tristan Mack Wilds (of The Wire” fame), fatally shooting a White teenager; The primary focus of the show are the investigator, “Asher Bell” (Sanaa) and the special prosecutor, “Preston Terry” (Stephan James) and their love interest. 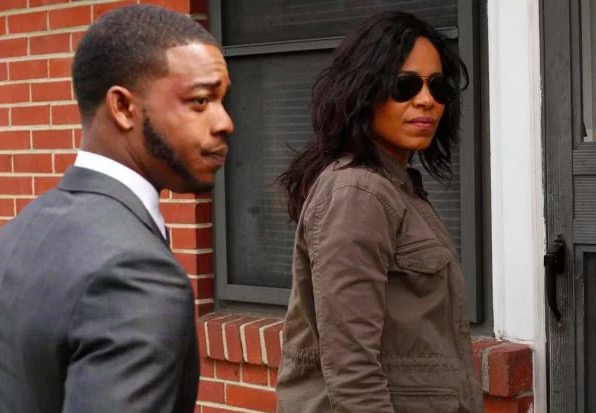 At first it seemed odd for the creators to reverse the roles of real life scenarios, by making the police shooting victim White, instead of Black. But then I figured that maybe this portrayal will help those who may not understand why Black people are so outraged over the thousands of unwarranted murders of Black people at the hands of officers, by showing the victim and his family in an image other than Black. That way they can get a different perspective of that type of pain and anger. Hopefully this show is a hit, but only time will tell.

“Shots Fired” will air right before each episode of the upcoming season of “Empire” on the Fox network.