So this decades-long rumored beef between Monica and Brandy, has gained new steam yet again, after Brandy’s recent response to Monica’s #SoGoneChallenge on Twitter a few weeks ago. Though we thought the beef from way-back-when had ceased, it’s 2016 and it’s just as fresh, like it never left. 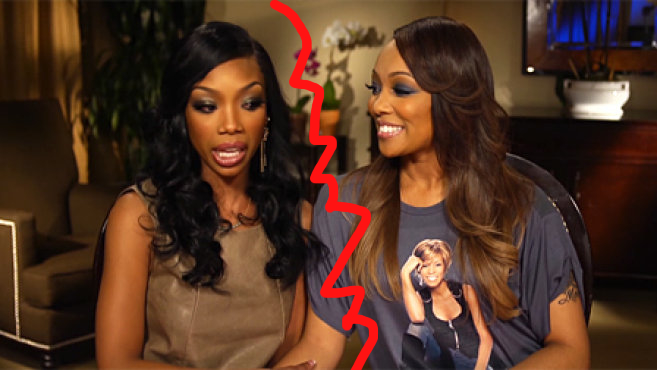 On Thursday (8-15), Brandy Snapchatted a suspect subliminal video of herself talking about tensions and how she’s had to delete many people’s negative comments from her social media pages in what many media sources say is the result of the backlash she’s gotten ever since Monica spoke out about the tension on “The Real” talk show recently. The comments left under Brandy’s new snapchat response range from utter confusion to deep concern. Some stated that she was beginning to “act like Whitney” (we’re assuming they’re referring to the period in Whitney’s life when she was heavily on drugs); to people voicing their concern about Brandy’s seemingly hazy look in the video and wondering if she is okay.

Truthfully, Brandy does look a lil’ dazed in the Snapchat vid,’ but it doesn’t look like anything alarmingly out of the ordinary in my opinion. Her dazed look could simply be an act, or maybe she could have been a little tipsy from a drink or two…that’s not a crime. But regardless of what the real deal is behind her hazy look, it’s still interesting to see her shade-filled responses. Check out both clips below and you be the judge…
Part 1

#Brandy took to snapchat to address #Monica's appearance on #TheReal

COMMENTS FROM SOME FANS: This isn’t the first not so subtle response Brandy has given folks over the Monica situation. Soon after Monica adressed her beef with Brandy on “The Real,” Brandy put up a post about folks ‘faking positivity’ and she placed emphasis on the words, “THE REAL.” Here’s her caption:

I’ve said it before, and I’ll say it again: Can people let this 18 year old beef go already and encourage Brandy and Monica to make the fire music we know they’re capable of? The music game desperately needs these talented women in it and I think a new collabo’ would do some serious service to their careers right now. Not that they need it, but it never hurts for an entertainer to capitalize off of some new hype surrounding their names, that’s all I’m saying.