Michael Jackson’s famous family home, “Hayvenhurst,” in Encino, CA is making headlines yet again. But this time, the drama is so unbelievable, it’ll probably leave you scratching your head. For those who don’t know, the Jackson mansion, is still owned by MJ’s estate. But apparently someone isn’t too pleased about that, because many of Michael’s family members don’t have ownership of the home, despite it being a family property. So an unknown person has made a gratuitous effort to get their hands on the home. (SEE WHAT JERMAINE JACKSON REVEALED ABOUT THIS ON PAGE 4). 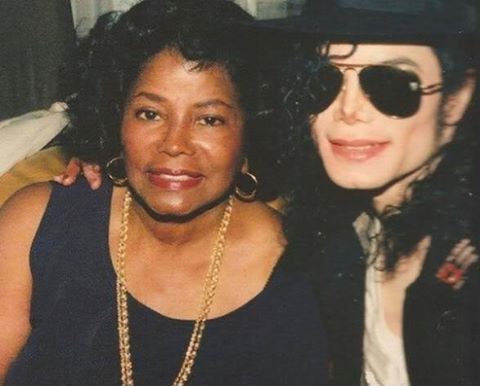 According to TMZ, someone recently filed handwritten legal documents on April 21, 2016, attempting to have the home taken from Michael Jackson's estate and transferred to Katherine Jackson and Michael's three children - Blanket, Paris and Prince. According to the new deed, Katherine, and the three children would equally divide the ownership interest of the massive property. But the plot actually thickens! Whoever filed the legal 2016 documents did so under the name of "Michael Jackson," although that's highly unlikely since MJ passed away in 2009. Something fishy is going on...but wait, there's more...