Sasha Fox, the daughter of Vanessa Williams and her ex-husband of six years/NBA legend, Rick Fox, is having one of the best birthdays/Christmas’ any 16 year old could ever ask for. 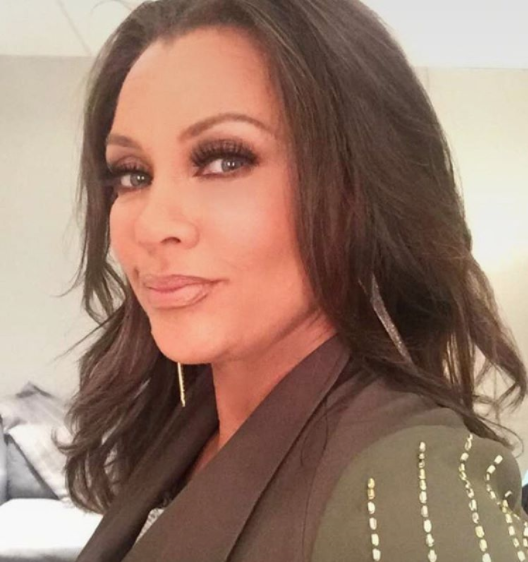 Sasha’s birthday was actually in May but it wasn’t until a few days ago that Vanessa Williams decided to surprise her with what she called a ‘late birthday/early Christmas’ gift.

Vanessa made Sasha think they were on their way to a mother/daughter massage day at the spa, but instead, Vanessa pulled up to a Mercedes dealership and Sasha’s reaction was priceless…

SEE VANESSA GIVE HER DAUGHTER THE SURPRISE OF HER LIFE:

Someone thought they were on their way to get a massage…So much fun surprising @SashaFoxyy! Happy Late birthday, early Christmas!

A post shared by Vanessa Williams (@vanessawilliamsofficial) on Nov 19, 2016 at 8:31am PST

Wow, a Mercedes owner at 16, it must be nice! Sasha seems like a humble young lady with a good head on her shoulders, so the car is probably well deserved. Congratulations Sasha Fox! 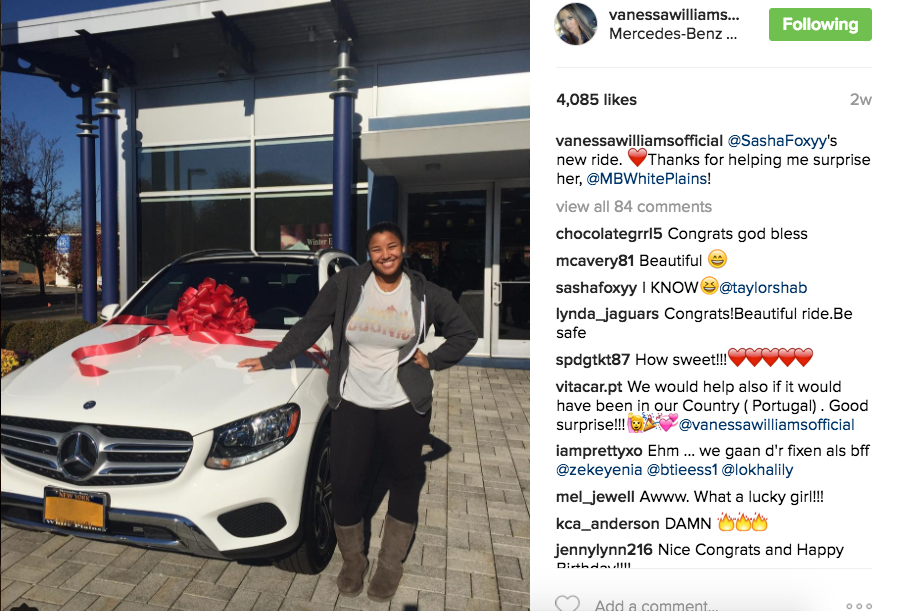 SEE MORE PICS OF SASHA WITH HER OLDER SISTERS & FAMILY... 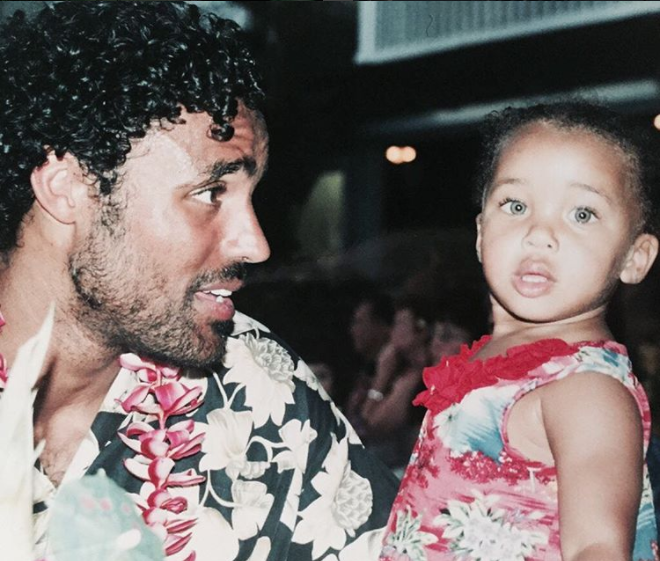 Sasha spending time with her dad Rick as an adorable toddler. Have you seen her GRANDMOTHER (Vanessa Williams' mother) and her OLDER SISTERS lately though? Wow>>>

Prev 1 of 4 Next
LOAD COMMENTS