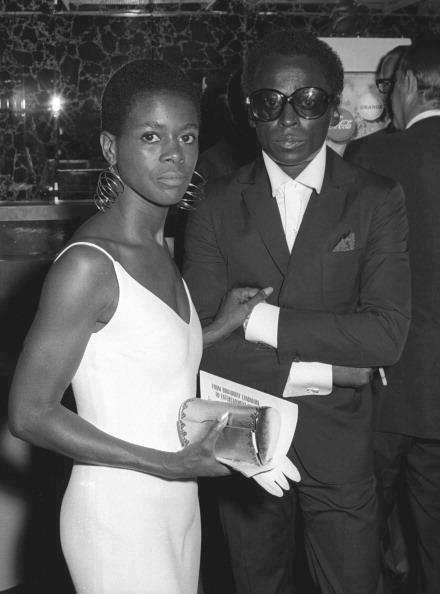 “real sick. I had that gray look of almost-death in my face. Cicely saw it. I told her I felt like I could die at any minute. During the summer, I had shot some dope in my leg and it had fucked it up…I even went to bed with a woman I knew five days after Cicely and I were married, because I didn’t feel that sex thing for Cicely anymore. I respected her as a woman and felt like she was a good friend to me, but I also needed that sex thing that I couldn’t get from her. So I got it in other places.”

Miles also said that he loved Cicely very much and that he knew she loved him deeply. In fact, he said that she always was there to help him through his addictions to heroin, cocaine and alcohol. She was the person he leaned on for support, but there was still jealously on both ends.
Here is an incident Miles described that involved the police being called to their home:
“Cicely was especially jealous of a woman taking her place in my life, but after a while she didn’t have no place in my life, even though she turned down a lot of movie offers just to stay around me. Cicely’s like two different women, one nice, the other one totally fucked up. For example, she used to bring her friends around any time she wanted, but she didn’t want my friends coming around. And she had some friends who I couldn’t stand. One time we argued about one friend in particular, and I just slapped the shit out of her. She called the cops and went down into the basement and was hiding there. When the police came they asked me where she was. I said, “She’s around here somewhere. Look down in the basement.” The cop looked in the basement and came back and said, “Miles, nobody’s down there but a woman, and she won’t talk to me. She won’t say nothing.” 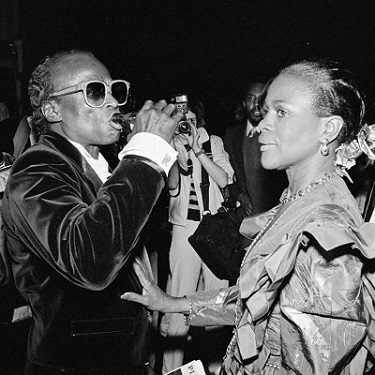 “So I said, ‘That’s her, and she’s doing the greatest acting job ever.’ Then the cop said he understood-she didn’t look like she was hurt or nothing. I said, ‘Well, she ain’t hurt bad, I just slapped her once.’ The cop said, “Well Miles, you know when we get these calls we have to investigate.”
‘Well, is she’s beating my ass you gonna come with your guns ready too?’ I asked him.
They just laughed and left. Then I went down and told Cicely, ‘I told you to tell your friend not to call over here no more. Now if you don’t tell him, I’m gonna tell him.’ She ran to the phone and called him and told him, “Miles don’t want me talking to you anymore.” Before I knew it I slapped her again. So she never did pull that kind of shit on me again.”
[Source: “Miles” by Miles Davis, Quincy Troupe]

As you can see, this relationship was filled with a lot of turmoil. Cicely Tyson had to endure a lot of stuff at the hands of Miles Davis and although they are two of the greatest entertainers to have ever lived, that does not automatically qualify them as being perfect in every aspect of their lives, nor should they have been expected to be, because that is simply unrealistic.

Maybe Miles was right when he said that they did really love each other, but one thing we learn as life goes on is that love is subjective and there is no one standard that applies to all couples across the board. Although there are certain unspoken laws that are just a no-brainer: such as in the case of Miles and Cicely – when domestic violence becomes an issue, then it is time to seriously rethink whether or not that is the relationship you want to be in. It sounds like it was probably wise for Cicely and Miles to divorce…maybe they were better off as friends and Ms. Tyson summed up their relationship best (which she referred to as tumultuous) in this interview with CNN’s Don Lemon: