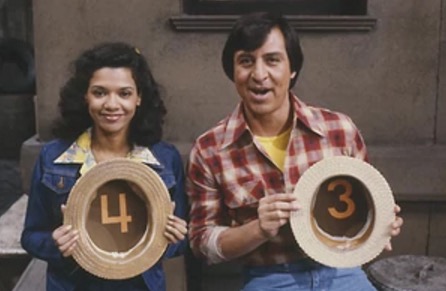 If you ever watched Sesame Street as a kid, you probably remember “Maria.” For 44 years, Sonia Manzano played “Maria” on the ever-popular PBS kids show. Since “Maria” was one of the longest-standing adult characters to appear on Sesame Street, she is still a fond memory to many of us who watched the show because she helped to make so many children happy. In fact, “Maria’s” character touched on a number of topics that are still relevant today. From love and relationships, to motherhood and breastfeeding, “Maria” did a lot on Sesame Street in 44 years. When she announced her retirement back in 2015, fans immediately shared their reaction to the announcement.

But unfortunately, Sonia Manzano’s own childhood wasn’t as ideal as what was depicted on camera. After retiring, Sonia released a book titled, Becoming Maria: Love and Chaos in the South Bronx. The book shed light on Sonia’s life. She detailed a childhood most fans would have never expected due to her role on Sesame Street. Apparently, her childhood was the complete opposite.

During an interview with NPR.org, Sonia shared details about her childhood growing up in a Puerto Rican family in the South Bronx area of New York. She recalled how her father’s angry rages were influenced by alcoholism. His violent rages led to physical abuse and her mother was often the target. She admitted she saw her mother abused by her father – something an innocent child should never see. When her father would have violent outbursts, her brothers would go and hide. But, she would try to diffuse the situation:

“I found myself always being in the middle of them — trying to protect her,” she said.

Her mother even worked hard to cover up the truth from her, discreetly hiding the knives in their home:

So what was the reason for his drinking? Sonia revealed what her mother told her:

“My mother would tell me these stories about Puerto Rico during the Depression — the poverty, the unrelenting struggle to find something to eat … she was one of five orphans. And one of her brothers said to me, ‘We used to hang around someone’s house, and if they gave us a scrap to eat, we’d stay.’ You know how dogs stay around if you throw them a bone? And she would tell me these horrible stories and she would say that my father had gone through similar things. He never shared that.”

Does She Forgive Him Now?

But has she forgiven her father for all he did? She admitted that the situation was, indeed, complex. But she stressed the importance of understanding in order to overcome opposition:

“I had an interview yesterday with somebody and I found myself almost defending my father, which — I’m not doing that. … I’m not going to defend that kind of behavior. But to understand something, I don’t know if it means you forgive it, or condone it. But, understanding something is important.”

“Sesame Street” Helped Her Overcome Past

She went on to explain how Sesame Street offered her comfort and enabled her to overcome the turmoil she faced as a child:

“I found a lot of comfort on television when I was a kid. I would love Father Knows Best and Leave It to Beaver. So I think it’s interesting that I ended up on a show that offered a bit of comfort to children who lived in the inner city.”

Another example that one’s past does not have to dictate one’s future. Major props to Sonia “Maria” Manzano for sharing her truths with the world.