She’s A 90s Singer With A FAMOUS Husband,Together For 18 Yrs, Guess Who!

So who is this little girl stylin’ and profilin’ in front of her big brothers, lookin’ like Gladys Knight & The Pips? She’s a singer that you know very well if you know 90’s R&B. We came across this photo and just had to share this because she was as cute as button back in the day, but today, at 40-something, she’s hella sexy and happily married to her celebrity husband, whom she’s been with for the past 18 years and counting. See who they are… 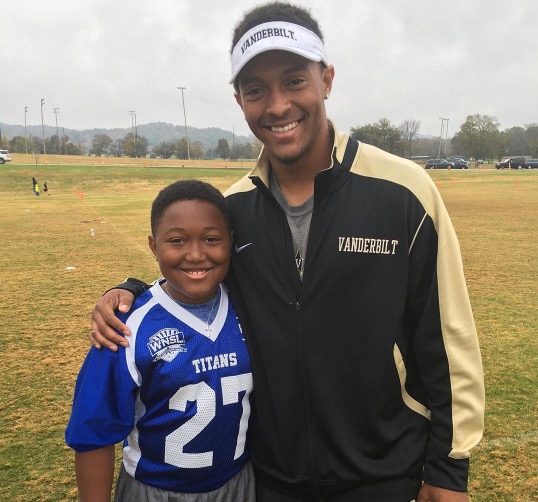 Taj and Eddie's son, Eriq Michael George (L) chillin' with his big brother, Jaire David George (Eddie's son from a previous relationship). Both George brothers are following in their Pops footsteps so far- Eriq plays football at his school and Jaire is a college baller for Vanderbilt University.