So Sad: Cissy Houston On Bobbi Kristina: “Still Not A Great Deal Of Hope” 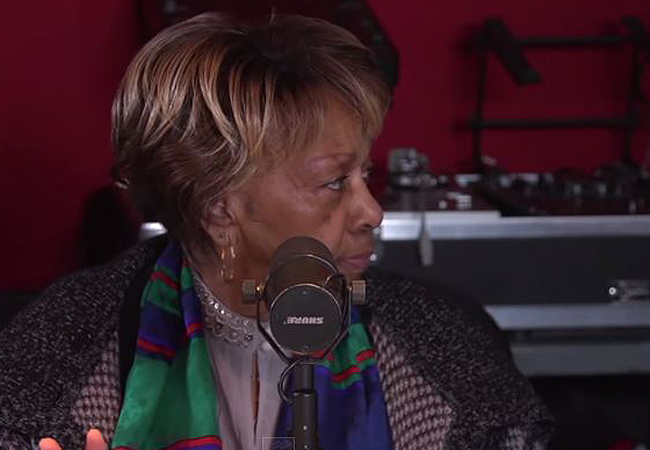 We will continue to pray for Bobbi Kristina, her dad, Bobby Brown, and all of their loved ones, but this is really sad news that her Grandmother, Cissy Houston, revealed about her health. (via Entertainment Tonight):

Gospel star Cissy Houston sat down with Shaila Scott from WBLS 107.5’s “Middays with Shaila” and opened up about granddaughter Bobbi Kristina’s condition after being asked, “How is she doing?”

“She’s the same,” Houston responded, confirming news that Bobbi Kristina has been moved to a rehabilitation facility, then added, “And you know, still not a great deal of hope.”

Houston confirmed to the radio show host that Bobbi Kristina is the same, and was moved to arehab facility.

“We’re praying,” Whitney Houston’s mother said. “I don’t pray like that, I give it to God one time… because I know he’s able, and I cannot change a thing.”

Houston somberly continued, “If he does a miracle, thank God. If it happens the other way, I’m alright.”

Houston urged everyone to pray for Bobbi Kristina.