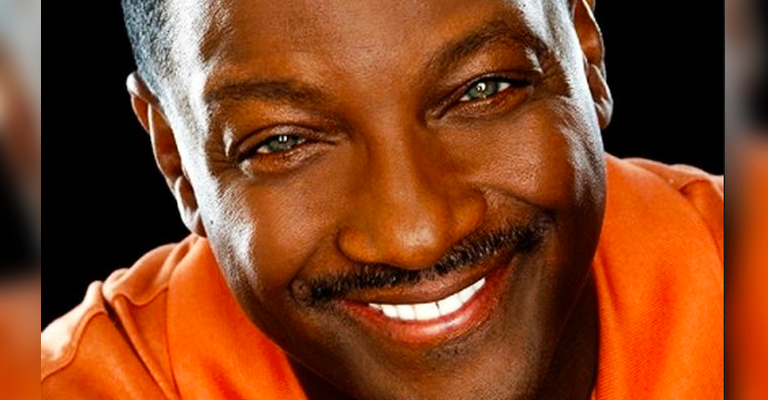 Who knew Donnie Simpson (from “Video Soul”) had a son? His name is Donnie Simpson Jr. and he’s 47-years-old. At one point Donnie Jr. followed in his Pop’s footsteps and worked in the radio industry as a producer on his dad’s radio show on WPGC in Washington D.C.. After WPGC made the decision to attract a younger audience, Donnie Sr. and Donnie Jr. said ‘Peace out’ to the station in 2010 and that’s when Donnie Jr. decided to follow his other passion and so far business has been booming for the brotha and his wife.

Donnie Simpson Jr. started his own bakery/cafe in Shaw, D.C. (a suburb of Washington, D.C.) called Uprising Muffin Co. and word on the old school curb is it’s a hotspot for pastry treats, lunch specials, and coffee. It officially opened in 2014 and Donnie Jr. and his wife are enjoying every moment of it. It’s so popular that a few years ago, someone famous showed up and brought TV cameras with them…

HILLARY CLINTON AND DONNIE SIMPSON JR. ON THE TODAY SHOW 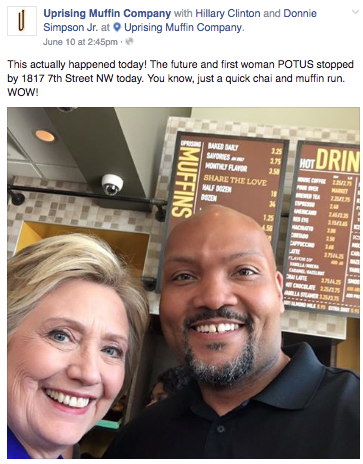 Even Hillary Clinton loves Donnie Jr.’s bakery/cafe. Earlier this year she made a stop during her campaign trail in D.C. and popped up at his cafe, along with the D.C. mayor. Clinton also brought “The Today Show’s” cameras with her and after getting that national media attention, Donnie Jr. was like ‘Good lookin’ out Clinton!’ (not in so many words though)

Donnie Jr, and his wife, Katie, have been married since 2006 and they have two adorable children together

DONNIE SIMPSON SR. COULDN’T BE MORE PROUD OF HIS SON

“D.J. has that entrepreneurial spirit that I always wish I had,” Simpson Sr. said. “I’ve told him so many times that I was always jealous when people would come by my house, Smith & Sons Plumbers, or whatever — they had businesses they could pass down to their kids. For me, you can’t pass down popularity. To see his dream become reality. It’s been very rewarding.”