As we previously report, the owner of Sweetie Pie’s restaurant/reality TV star (and former Ikette singer), Ms. Robbie, filed a lawsuit against her son, James “Tim” Norman, a few days ago for allegedly stealing from her business. Now Tim has revealed what he’s saying are the real reasons why his Mom is suing him. People may call Tim an ex-criminal for serving 10 years in prison, but he says a “sell out” he is NOT. Interestingly, Tim didn’t deny stealing his mom’s business funds and literally her business (by opening up two other Sweetie pie’s restaurants of his own). But he’s saying he pulled those jack moves for a good cause. We know it sounds weird, but it’s probably better if you just read what he said… 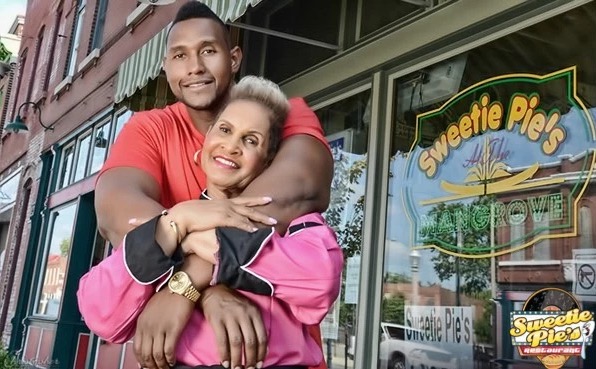 Tim was locked up for 10 years for committing armed robbery. The bright side is that after he got out of prison, he straightened his life up and worked with his mom in her restaurant, helping her to build it into what we see before us today. Ms. Robbie credited Tim for encouraging her to start her restaurant business. The two of them also make a practice of hiring ex-cons to give them a second chance at life and usually, the former prisoners prove them right - that if given a REAL opportunity to earn an honest living after serving time, they can and want to be successful people and that all hope is not lost for them. Hopefully all hope won't be lost for Ms. Robbie and Tim's business and personal relationship either.