SoulTrain Dancer Rosie Perez Got Fired For Doing WHAT To Don Cornelius? 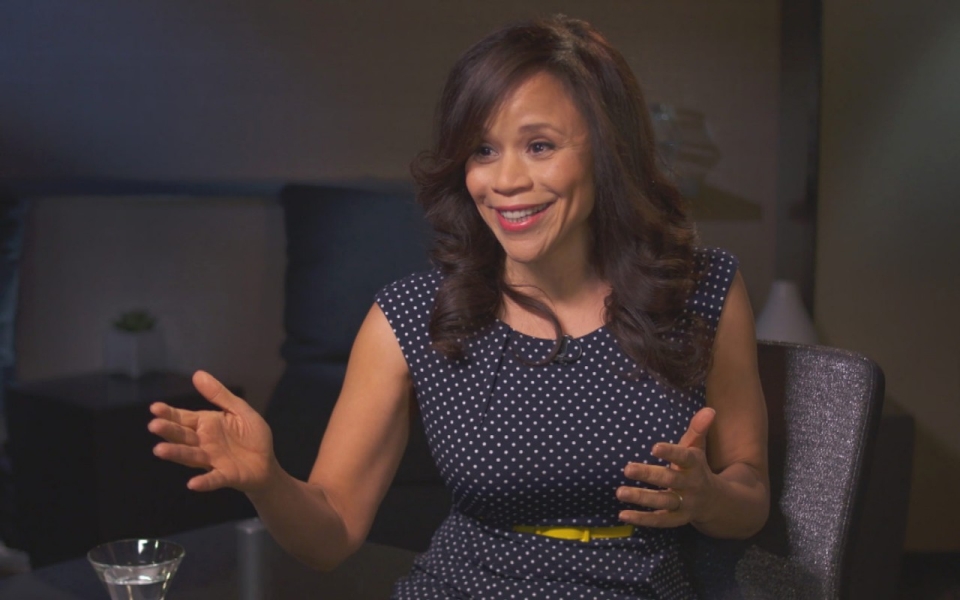 Interviewer: The book starts out with your early years with your tía, your aunt, who took really good care of you. At some point your mother, who you didn’t realize was your mother, comes and gets you from Tía’s house and puts you in a Catholic children’s home. That’s when you first started experiencing abuse. The book is filled with so many painful stories. How difficult was it for you to go back mentally, and recount those stories, and put them on paper?

Rosie Perez: The good thing is that I have done the hard work in regards to going to get help, to seeking therapy. I had thought because I was successful, and I had a lot of money — had a great career — that I had risen above all the issues. I realized probably around my early 30’s that I had not. Prior to writing the book, I had done extensive sessions of therapy because I didn’t want my past to win. I wanted to reap and enjoy all the benefits of life, and all my efforts to have a great life.

The abuse in the early years was really striking: abuse from your family, abuse from some of the nuns — in the convent you were sent to as a toddler, you were 3 years old. Did it feel sometimes like everyone that was supposed to be taking care of you was hurting you?

No. There were certain people that were supposed to be taking care of me that were hurting me. But as a child, everything was very clear to me. It was confusing at first: Who’s my mother? Who’s my aunt? Why am I here? Who are these people with the funny scarves on their heads?

The nuns. But once I started to assess the situation, I was like, “OK.” It wasn’t a place where everyone that worked there, all the nuns, all the priests, all the counselors, were bad and abusive. There were a handful of them.

But there were some really great, wonderful people. I don’t view life like that. Plus, I still have my aunt in my life, and I had my cousins, who were wonderful, who I thought were my sisters. I think that those three years with my aunt helped me understand that there is good love out there. I was loved.

Those times with your aunt are the real bright spots in this story of your childhood, but there are the times with Sister Renata. There was one day where she slams your head repeatedly against a locker. You call her evil incarnate in the book. Was she just the prototypical strict nun at a convent? Or was she really as sadistic as she seems to be?

I think she was a little bit more sadistic than the standard strict nun. She went overboard.

Is there one particular incident besides the locker incident that stood out to you?

One time, me and the girl I call “Crazy Cindy,” we were in trouble. So we had to clean the entire bathroom, at 6 years old. There are about six sinks, and there’s three bathroom stalls, and three to four shower stalls, and then the entire floor. We were there for a good part of the day. We found the cough syrup. Back then, cough syrup was more for the alcohol. So we had gotten tipsy. We turned on the radio in the bathroom that we weren’t supposed to turn on. I was Diana Ross, she was the Supremes. Then I was David Ruffin, and she was the Temptations. I was the Pips, and she took Gladys Knight.

And by that time, Sister Renata comes in, starts screaming and yelling at us, tells us to hold out our hands. We did. She proceeded to whack them, and then told us to turn them over, and whacked them again — to the point where it was cracking, and there was blood, and the stinging. It was so hard, and terrible, the pain.

Then she had the gall to say, “Now go back and finish cleaning.” I said, “With what, our feet? Dah-duh-duh.” And it was crack. She just smacked me across the face, and backhanded. It was, I think, about three or four slaps — so was adding insult to injury.

Then we had to go and clean the bathroom. The girl, Crazy Cindy, started cursing. Sister Renata thought it was me. So I had bloody hands. They’re stinging. I’m trying not to touch the soap, because it’s burning. She takes the soap out of my hands and sticks it into my mouth. Tells me I have a potty mouth.

Even at 6, you always had a comeback?

The timing was impeccable.

You were always a ham?

I was a ham. No, I was not a ham. I was ham and cheese served on a platter. I was ridiculous.

Crazy Cindy had the moniker “Crazy,” but so did your mother. You called your mother crazy many times in the book. You describe beatings from her as well, the verbal and the physical abuse. Was she ever diagnosed as mentally ill?

She was diagnosed as mentally ill. Yet they still did not take her parental rights away because they viewed her as being responsible by putting me in a home, even though I was in a loving home, my father’s sister.

You mean in Tía’s home?

In Tía’s home, yes. Initially, I used to think that [my mom] was just extreme, that she had this extreme personality. Then by 8 or 9 years old, I was…