Today we are saluting the iconic Stevie Wonder for what he did at Saturday night’s (9-23-17) Global Citizen Festival. He kneeled to stand up for the basic 1st amendment rights every human being should have in America- the right to peacefully protest against injustice. 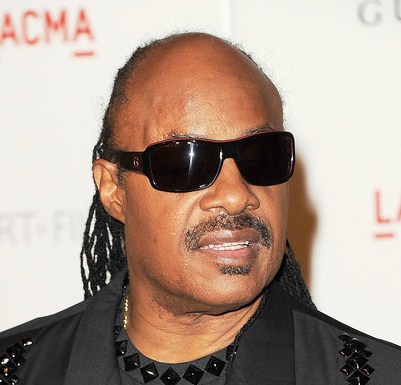 Just before performing at the Global Citizen Festival (in Central Park, NY), Stevie was accompanied by his son, Kwame Morris. As he entered the stage, Stevie began speaking against racism and injustices in America. He started with this:

“Tonight, I’m taking a knee for America; but not just ONE knee, I’m taking BOTH knees. Both knees in prayer for our planet, our future, our leaders of the world and our globe. Amen …


Then both he and his son kneeled as he continued:

The crowd gave Stevie and Kwame a round of applause and so are we. Check out him and his son kneeling during his speech below…

Watch Stevie & Son Take A Knee During His Speech

Wonder’s kneeling comes after Donald Trump’s ignorant rant on Friday night at his Alabama rally. Trump called NFL players (who are mostly been African American), who kneel during the singing of the national anthem, ‘sons of bitches’ who should be “fired.”

NFL players are peacefully protesting the outrageous number of Black people who have been, and continue to be, unjustly slaughtered by police officers. But at no point during his speech, did Trump acknowledge the murderous injustices that the players were actually taking a knee in protest of.

Stevie Ain’t New To This, He’s True To This!

It was inspiring to see an icon, like Stevie Wonder take a stand against the hatred being spewed and condoned within America. He has fought for civil rights throughout his entire career.


In fact, was responsible for leading an epic 15 year crusade across America to help get a bill passed to make Martin Luther King Day a national holiday. The bill was originally introduced by then congressman, John Conyers, at MLK’s funeral in April 1968, in which then teenage Stevie was in attendance. There was much political resistance against him, but that did not stop Stevie from pushing even, though it took 15 years to finally make it happen.

Stevie has also been arrested during the height of his career for peacefully protesting for equal rights. So it is only natural that today, decades later, at 67 years young, his passion and integrity are just as honorable as they were when he was just a teen. Respect.