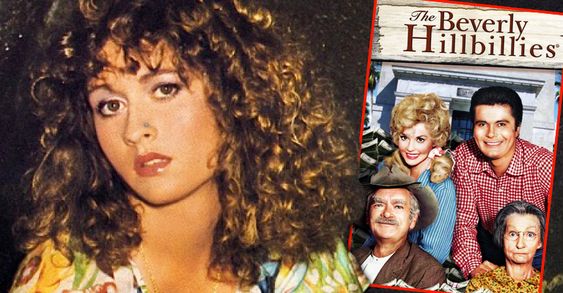 By now we, here at ILOSM, have grown accustomed to learning shocking info about many of our favorite Old School entertainers, but every now and then we come across something that completely takes the shock factor to a whole ‘notha level.

As was the case when we saw EIGHT YEAR OLD Teena Marie acting her lil’ heart out on “The Beverly Hillbillies” TV show back in the day! Most people never knew that was Teena! Scroll down for the video and prepare to be amazed ILOSM fam…

Teena Marie was the 8 year old little girl who was tap dancing on “The Beverly Hillbillies!” It’s so cool to see the little Teena WAY before she became the “Portugese Love” soul sangin’ Teena! Watch her do her thing in this “Hillbillies” clip:

Teena started singing at the age of 2. The first song she learned was Harry Belafonte’s “Banana Boat Song.” By the time she was 8, her parents, Thomas and Mary began taking her on auditions for acting and singing gigs, which quickly landed her the little tap dancer role on “The Beverly Hillbillies,” and her name on the credits was listed as Tina Marie Brockert. Like we always say, we learn something new around here everyday!

Speaking of Teena Marie, we wanted to reminisce about her and the legendary Rick James’ relationship. We have all wondered what was the extent of the relationship with Rick James and Teena Marie. We thought they were engaged, married, had a child together, or maybe that they were soul mates. Well, Rick James spoke about this prior to his passing. He set the record straight about the extent of the relationship and what she would do to him whenever he pissed her off:

“The first time Teena Marie and I made love was during a tour in Pittsburgh. She wrote a song about it called “Portuguese Love.” She told me later that I was the first one to ever give her an orgasm. We made love from sundown to sunup. But, we were never boyfriend and girlfriend. I would always tell her that I prided myself on maintaining my freedom. Sometimes if she was angry about other women she’d curse me under her breath when we sang, “Fire And Desire.”

It doesn’t seem as if Teena ever spoke directly about the intimate side of their relationship, except for the time she musically documented their complex love affair in her hit song, “Casanova Brown.” But in a past interview, here’s what she stated about Rick James:

“He was my musical soul mate. We were like an extension of each other. I miss all our talks. We were like family; only family can talk about family, not anyone else.” Source

We miss both of these legends, but their memories and beautiful music will continue to live on.