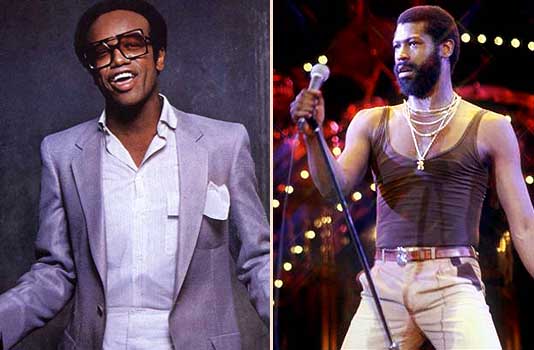 Yep ILOSM family, there was such a thing as in Old School R&B beef from the 70’s and this feud that Teddy P. described in his autobiography, “Truly Blessed,” between he and Bobby Womack, is proof that the term “beef” doesn’t just apply to rappers.

Like we also say, regardless of if the stories of some of our favorite old school entertainers are good, bad, or ugly, there is always a very valuable message, or lesson we can learn from their life stories and we at ILOSM, will always make sure that we share those messages/lessons with our community. With that said, take a look at what actually went down between Teddy and Bobby:

Pendergrass once revealed that after he’d broke away from Harold Melvin and the Blue Notes, and went on to form his own group, they eventually went on tour with former group member, Bobby Womack. Teddy said that the performance arrangement was “we would alternate opening and closing with Womack. Bobby had been around a little while longer than us and I guess he felt that he should headline every night. All through the tour he bitched and moaned until one night he decided to do something about it. It was our night to close the show but shortly before show time, we got word that Bobby would try to pull something.’

I announced from the stage that the show was over, good night! The houselights went up and we headed offstage. I hadn’t even gotten backstage, and what do I see but Bobby and his band hauling ass, heading for the stage, ready to go. I ran backstage where I found Bobby in the wings, he looked perfectly healthy to me. “You are not going on!” I shouted in his face. “This damn show is over! I just closed it!”

He replied, “No, Ted, you just opened it, he replied sarcastically. “I’m going on.” When the emcee announced that Womack had recovered and was going to play, the crowd applauded. I stood backstage glaring and thinking; he’s not going to get away with this.

I shouted for the sound man ‘unplug that asshole.’ The stage went dark and silent and that was it. You should have seen the look on Bobby’s face when he realized he wasn’t going to be headlining that night. A member of Womack’s crew threatened to shoot me, forcing me to hide out in my dressing room.”

Some would say that Bobby and Teddy P. should have been more mature about the situation, but truth be told, that was an example of the intense energy they put into protecting what’s theirs- their craft, their brand, their reputation, their honor, their pride, etc.

You see, oftentimes many soul artists -just like a lot of us regular folks- didn’t come from much. Therefore, when we put so much energy into building something that we love so much, we tend to protect it with our lives, mainly because we weren’t born with silver spoons in our mouths and would be damned if we allow anyone to snatch it from us. For Teddy and Bobby, that great love that was their music .

The energy that surrounded Teddy and Bobby on tour was so strong and so competitive. If we, collectively as a society, were to put that same type of energy into protecting what’s ours- OUR CHILDREN- then we would probably see a much more well rounded younger generation and we probably would get a better product in today’s music. Teddy P. and Bobby Womack put a LOT more energy and creativity into their crafts and although the competition was fierce back then, that is what produced some great bodies of work from the artists of the Old School era and for that, we as old school music lovers, are forever grateful.