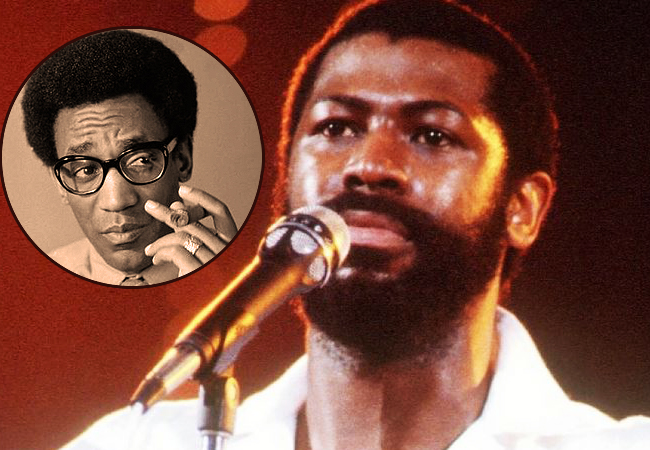 Teddy Pendergrass revealed in his book, “Truly Blessed” (which is a good read by the way) that there was an incident where Bill Cosby caused him a great deal of public shame shortly after Teddy’s paralyzing car accident.

Although it doesn’t necessarily sound like Cosby did it intentionally, that didn’t make Teddy P. any less embarrassed or angry at him about it. Here’s what he said happened…

When Teddy P. was scheduled to present Bill Cosby an award at a function in Philadelphia. Here’s what Teddy wrote about that:

“Bill came on stage, then surprised me and everyone else there by walking up to me, dropping a microphone in my lap and saying, “I’m not leaving here until you pick up that mike.” This was totally unplanned and I was taken aback. As I sat in my wheelchair, all I could do was shake my head no. I couldn’t even venture to guess why Bill was doing this. Did he think he was helping me? That putting me on the spot like this and making me struggle was somehow good for me? If Bill really knew me, he’d know how much I’d overcome just to be there. I thought Bill would get the message when I refused, so you can imagine my shock and horror when he shouted, “I’m not leaving here until you pick up that mike!” A nervous silence fell over the crowd. I was embarrassed, humiliated and furious. Didn’t he realize how devastated I’d be if I failed.

What do you think ILOSM fam’? Was Mr. Cosby trying to help Teddy P. by challenging him to not be any less of an entertainer than what he was prior to his car accident? Or was Cosby trying to embarrass him intentionally?