Cookie Johnson, beloved wife of Magic Johnson, wrote a memoir entitled, ” Believing in Magic”. In her memoir, Johnson opens up about her life with Magic and the night her husband revealed to her that he had the H.I.V. virus. 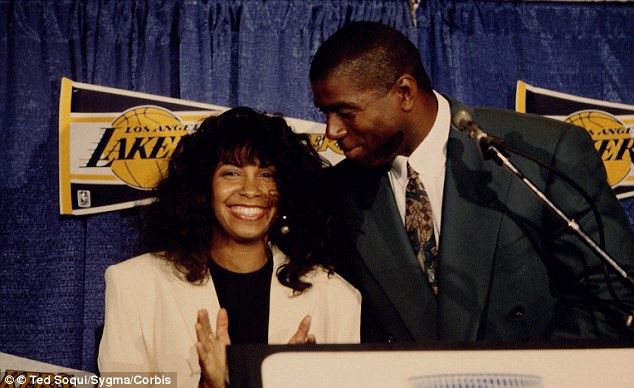 They had only been married for 6 weeks and she was pregnant with their son, E.J, when she received a troubling phone call.

Johnson, who was the point guard and an American favorite due to leading the Los Angeles Lakers to five NBA championships, called Cookie and said the following:

I’m coming home early because I have to tell you something.  I have to talk to you, but I’m on my way to the doctor’s office right now.  I’ll tell you what’s going on when I get home, Cookie. I can’t tell you over the phone

Terrified, Cookie writes that she felt scared and nervous with her mind rambling that Magic wanted a divorce or that he suffered a sports injury.

Surprisingly enough, Cookie asked Magic if he had AIDS or something as he walked through the door.

Cookie writes: ‘My husband walked toward me, took my hand into his and slowly marched me back into the den…the two of us sat at the foot of our huge chaise lounge and I held my breath’.

After marrying the love of her life, Cookie had discovered that her whole world had been turned upside down.

Not only did Magic drop a bombshell that he was retiring from the NBA and that he contracted the H.I.V. virus, she learned that he had been intimate with so many women that he couldn’t remember.

That night in 1991 the Los Angeles Lakers point guard ‘locked himself in a room and called the long list of women with whom he’d been intimate’, Cookie writes. 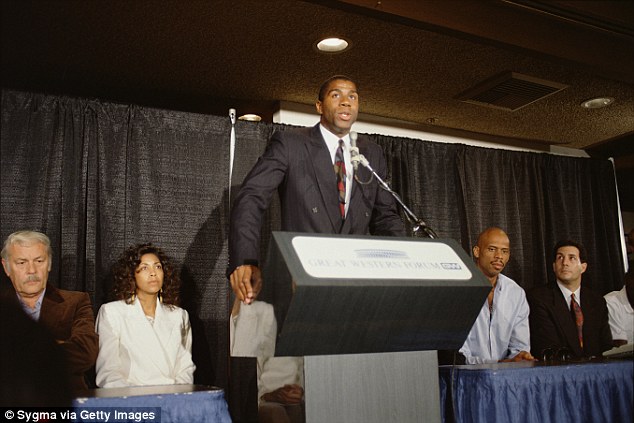 Cookie wrote that his playboy lifestyle had caught up with him because he often practiced unprotected sex.

Living in a nightmare, Cookie writes in her new memoir ‘Believing in Magic’ that going through that herself was like being in her own ‘personal hell’ – one marked by ‘silence and darkness, numbness’.

After crying into each other’s arms, Magic told Cookie to leave but she looked him into his eyes and told him they would “beat this”.

Cookie writes that through thick and thin, she stayed by Magic’s side. According to Cookie, her marriage was not as bad as the 12-year on-and-off relationship they had before their wedding.

While Magic was only given 3 years to live, he has continued to beat the odds by living a healthy lifestyle. He’s been married to Cookie for 25 years and they have 3 children.

Y'all. Look at this ring Magic Johnson bought Cookie…25 carats for 25 years pic.twitter.com/Q0tcnT5qi5

.@MagicJohnson's wife Cookie remembers the moment he told her he was HIV positive and the aftermath https://t.co/qcV3RIbVC1