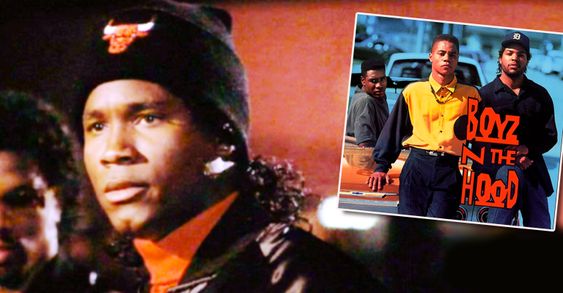 Remember the gang banger character,”Ferris,” in Boyz N’ The Hood, who was always rockin’ the skull cap? He was dude who bumped into “Ricky” at that Crenshaw spot, then fired a round of shots in the air, causing everybody to run for their lives. Later ,”Ferris’s” homie, “Knucklehead” (Lloyd Avery II), later shot and killed “Ricky” (Morris Chestnut). To get revenge, “Ricky’s” brother, “Doughboy” (Ice Cube), later fatally gunned down “Ferris” and his boys in a burger joint’s parking lot.

After the film was wrapped, it seemed like the “Ferris” actor’s career died too. However, we did some diggin’ and found him…y’all have GOT to see him now…

And here he is! Meet former actor, Raymond D. Turner. Nope, this is not a case of mistaken identity, this is really “Ferris,” the ‘gang-banger’ from “Boyz N’ The Hood!” He looks so different from his uzi-strapped, skully-wearing character, that we hardly even recognized him, especially without his Jheri curl! 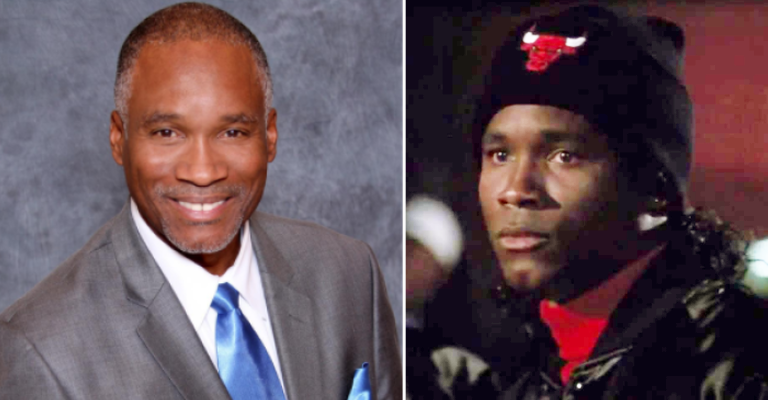 In REAL LIFE He Is NOT A Gang Banger

Fast forward a few decades, and times have definitely changed for this brotha. His character couldn’t be farther from his real personality. Last we heard about Raymond, is that the only thing he was ‘shooting,’ are some religious words for the Lord. He is very devoted to his Christian faith now and just to give you an example of how different he is from “Ferris,” check out the video clip of him below…

The most recent info about Raymond D. Turner is that the Shreveport, LA native resides in Las Vegas, NV. He’s the owner of Turner Marketing Group International L.L.C., which helps business owners and aspiring business owners develop their business strategies. Here’s what he said about his business:

“My business is helping people, if they choose, to leave corporate America and build a home based internet business that gives them time freedom as well as a 6 figure income just working part-time. I coach people in developing winning strategies.” – Raymond Turner source

To get a better example of exactly what he does, check out his Youtube business video clip…

Facts Many Never Knew About Boyz N The Hood

Since we’re on the topic of the 90’s classic that set a new standard for Black films at that time, we wanna share some very interesting facts:

1. Boyz N’ The Hood’s Gross Profit Proved Haters Wrong
When Boyz N’ The Hood director and writer, John Singleton, released his film in 1991, there were many whispers that it would be a flop at the box office. That assumption was bred from the ill-informed, who believed an African American film of that nature would not draw many to the 829 U.S. theaters it opened in. The naysayers were straight-up wrong though, because the film that cost between $5.7-$6.7 (there are conflicting reports on exact amount) to make, ended up grossing $10 million it’s first weekend and an eventual total gross of $57,504,069. Source

2. Violence Erupted In Theaters & Injuries Were Plenty
Boyz N’ The Hood experienced two different dynamics in the responses it received. In May 1991, two months before the film’s July release, a then-23 year old John Singleton, presented his film at Cannes Film Festival. The Cannes crowd gave it a 20 minute standing ovation.

Unfortunately, things were totally different once the film hit theaters nationwide. Though most of the U.S. audiences loved it, very violent altercations took place during the showings. It was reported that 30 people were seriously injured nationwide, after fights broke out during the Boyz N’ The Hood showings. The violence prompted several theaters to cancel their Boyz N’ The Hood showings:

“When the violence erupted in theaters, it was like a stab in the heart,” remembers producer Stephanie Allain, who was instrumental in getting the movie made at Columbia Pictures. “It was such the wrong thing to come of it.” -Via LATimes

Columbia Pictures viewed the then-aspiring director, John Singleton (who fresh outta USC’s film school), as inexperienced and offered him $100K to walk away from the film, and make way for an ‘experienced Hollywood director’ to take over. After pouring his blood, sweat, and tears into the project, Singleton was like ‘Hell nah!’ (not in so many words), but he still came out on top in the end:

Via Mental Floss- “I said, ‘Well, we’ll have to end this meeting right now, because I’m doing this movie. This is the movie I was born to make,'” Singleton recalled. … Columbia’s response was to give Singleton the green light and $6 million to make the movie.

4. Boyz N’ The Hood Was Largely Autobiographical
Like the film’s character, “Tre” (Cuba Gooding Jr.), John Singleton was sent to live with his Pops across town as a child, while his Mother worked and went to school. He also said that just like “Tre’s” dad, “Jason ‘Furious’ Styles” (Laurence Fishburne), his real father actually had to shoot at robbers who tried to break into their home.

5. Cast’s On-Screen Gunshot Reactions Were Real
When we watched the cast members running and ducking for their lives throughout the film, their reactions were said to be 100% real because of the tactic Singleton used on set.

Via Pop Matters: Singleton said in a 2011 interview with MTV, “…if I can get this in a film, a little bit of what this is, that life on film, then I think I’ll have something that will have a hard effect on people.” … Singleton did everything he could think of to get realistic performances, reportedly firing gunshots on set without warning.

And there ya’ have it ILOSM fam.’ Surprised, or nah?