This “Rump Shaker” Video Girl Is The Wife Of An R&B Legend, And Has Identical Twin Sister

Well, well, well, we learn something new ’round these parts everyday and today is most definitely one of those days. So, most of us Old Schoolers remember Teddy Riley’s group, Wreckx N’ Effect, right? Thought so, and that also means that you remember their classic video for their 1992 hit song, “Rump Shaker.” The music video was shot on a beach somewhere and it was like a wild party, with fine ladies in swimsuits, that made you feel like you were watching a scene fresh outta Atlanta’s Freaknick spring break back in the day.

There were a few video models who stood out in that video more than others, and one of them just so happens to now be the wife of a multiplatinum selling R&B legend. She’s the young lady who was fake-playing the saxophone intro in the video and out of all the women, she had the biggest spotlight shined on her because she had the scene all to herself. The other ladies had to share their camera time.

The reason this is a tad bit surprising is because when you think of her today, she just seems like the wholesome mother type- still beautiful- but just more soccer mom, instead of sex-symbol-bikini-clad-chick-at-the-party type. So without further ado, ladies and gentlemen, see whose wife is the saxophone “Rump Shaker” below…

The “Rump Shaker” Video Model Is The Wife Of…

Although Alicia’s still a nice looking woman, her video model days are long behind her, because instead she chose to work behind the scenes of the music industry and has done so for many years now. In fact, there are several fun facts many may not know about the woman Bobby B. married after his divorce from the beloved Whitney Houston. See them below…

Although Bobby and Alicia didn’t marry until 2012 and had three kids together later in life, they met a long time ago See what Bobby revealed…

Via Access Hollywood: “We met many years ago, many years ago,” Bobby explained. “I believe I was about 18, and we were at a dance place, where people just go and work out their new moves … I met her there, and we became friends, we all hung out. Then I ended up getting married, and after me getting divorced, for some strange reason, I saw her again and sparks flew.”

2. Alicia is An Identical Twin

3. Alicia Is Bobby’s Manager & Worked With Many Other Top Celebs:

Alicia became Bobby’s manager in 2008, the following year after he and Whitney divorced. According to People, Alicia admitted that her role as manager/wife to Bobby has it’s downside at times: “Yes, there is always conflict at times that arises … and I think it’s just when the two overlap.” But overall she wouldn’t change a thing about it.
Bobby also stated that “She’s worked with Macy Gray and Magic Johnson and people like that…she’s just a brilliant lady.” 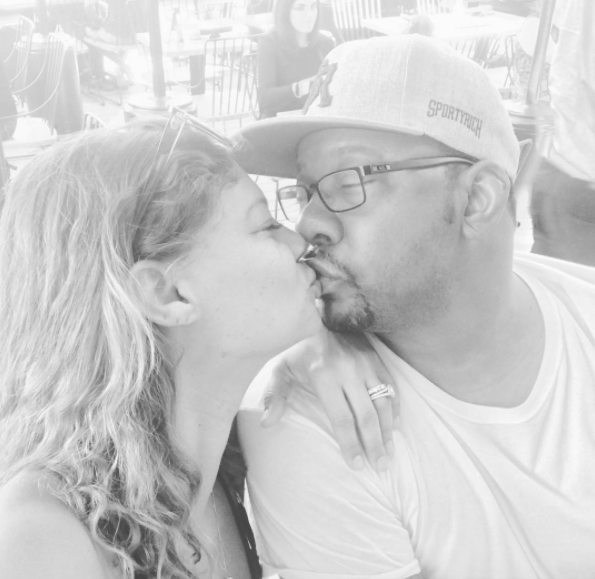 4. Bobby Says Alicia Helped Get His Passion Back:

Via People: Bobby credits a big part of his life transformation to Alicia. In a 2011 People Magazine interview, he said Alicia helped him regain “his passion back for music, for loving myself. I’m a better person, so I can be a better partner and father,” he said, adding, “She makes me want to live.”