Back in the late 90s, City High took the world by storm. Their blowout single “What Would You Do?” peaked at the No. 3 spot on the Billboard charts, but then they took things to another level with their catchy single “Caramel.” By now, everybody knows where the line “5’5 with brown eyes” comes from. That’s right, City High made it happen. In the song, both of the guys must have been referring to Claudette’s striking features because both of them actually dated her! At first, she was involved with Robbie and that relationship was quite turbulent.

The group – which consisted of the beautiful lead Puerto Rican singer, Claudette Ortiz, Robbie Pardio, and Sister Act 2 star, Ryan Toby – unfortunately decided to part ways after the release of their debut album. Claudette even revealed the relationship with Robbie was over before they even finished the big album. But even after the group disbanded, two of the members stayed together.

For those who don’t know, Claudette and Ryan Toby married and had two beautiful sons together. Since that was way back in the early 2000s, their two children have changed quite a bit over the years. Claudette and Ryan’s babies aren’t babies anymore and it’ll probably blow your mind to see Daunte and Joel Toby now. 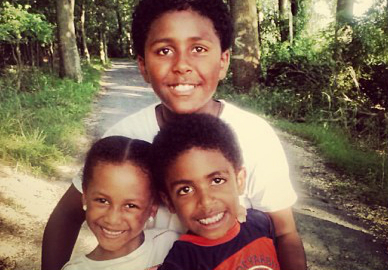 Daunte and Joel are practically teenagers! Of course, their handsome sons have a little bit of mom and little bit dad but many fans believe their oldest son, Daunte looks just like his father, Ryan. Check out some of the photos Claudette has shared of her beautiful babies.

Last year, Claudette also shared a clip of Daunte via Instagram and it’s quite obvious her sons are just as talented as their parents. During an interview with Urban Mecca, Claudette revealed all of her children were blessed with musical talent. “All 3 of them can sing…But they don’t have a desire to do it professionally. They just love music and they enjoy and singing and playing with instruments and dancing but they don’t want to make it a career they have different agendas I can tell already at their young age.”

Check out Daunte playin’ the harmonica.

In addition to her two sons, Claudette also has a daughter named Bella. During the interview, Claudette also doted on her beautiful children, revealing just how much they mean to her, reports Black Celebrity Kids. “My children are great,” said the star. “My children are my everything, they are wonderful kids, they are very well behaved, they love their mommy and to listen to me sing or to see me do certain things. They think it’s hilarious when they see me on TV. When they hear one of my songs they love to listen to it. They are very intelligent children and they’re loving and polite. Of course, they have their little moments because they’re growing and they’re people too. But they are amazing children I was blessed to be their mother,” explained Ortiz. 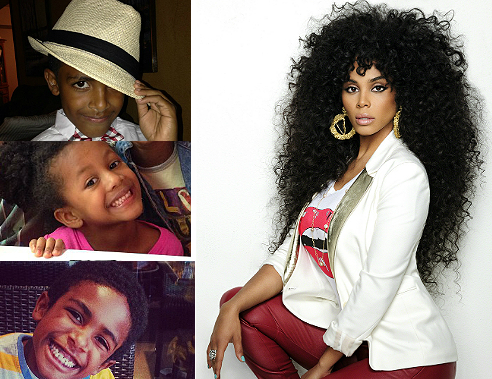 Going Their Separate Ways And Co-Parenting:

But luckily things are different now. When asked about Ryan during a previous interview, she revealed that they are amicable and co-parent their sons without any problems. “We are very close friends. We had both of our sons before we got married… we had a good relationship for a long time. Around 2007 it started fading out, we were changing… we’d gotten together pretty young & so we separated.”

Now, Claudette is only focused on her career and her three children.