This Kid Actress Is Gorgeous At 33, But She Was Sadly Forced To Do The Unthinkable

You may not know this child actress by name, but you probably recognize her face from many movies and TV shows, including the biopic film, “What’s Love Got To Do With It,” where she played the young Anna Mae Bullock (Tina Turner’s birth name). She also made appearances in the TV shows, “Roc,” “ER,” “Touched By An Angel,” “Living Single” and many more.

Around the ILOSM office, the project most of us remembered her for was, “What’s Love Got To Do With It,” and we were all kinds of caught off guard once we realized that it had been THAT long since we’d seen her in 1993.

Actress, Rae’Ven Kelly, is now a 33 year old woman. However, before we get into what Rae’Ven Kelly was left with no choice but to do to her parents, we need to first give this beautiful young lady her props for not only being a strong woman, but for growing up into the stunning, talented woman that we see before us today.

In addition to that, Rae’Ven has just let all of us Old Schoolers know just how Old School we really are, LOL. Wasn’t she just a kid like yesterday?!!

In 2015, Rae’Ven dropped a fat lawsuit on her parents for $1MILLION, because they allegedly jacked her out of almost ALL her money, which she earned as a child actress.

In her lawsuit, Rae’Ven also stated that she was being emotionally abused by her parents for years and that they tried to destroy her relationship with her then fiancee’ (whom she’s since married). According to Rae’Ven her parents lied to her fiancee by claiming that she had AIDS, which she said is a complete lie. 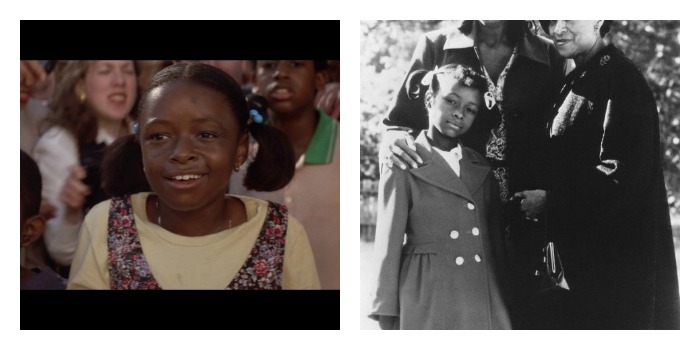 The lawsuit also states that ‘Phyllis and Kevin [Kelly] (Rae’Ven’s parents) began to emotionally abuse Rae’Ven by telling her things like she is ugly; the only reason that Dinwoodie is dating her is for her money; that she is an ‘ungrateful heifer’; and that when Phyllis dies, Rae’Ven should not attend the funeral because Rae’Ven would be the reason for Phyllis’ death.” RaVen also says that her mother told her “I should have just aborted you.”‘

We’re not sure if this lawsuit has been settled, but if this ain’t an “Iyanla Fix My Life” type of situation, then we don’t know what is! It had to have been really painful for Rae’Ven walking into a court room to sue your parents. We hope that they can eventually resolve their issues, because there’s nothing like a parent/child bond.