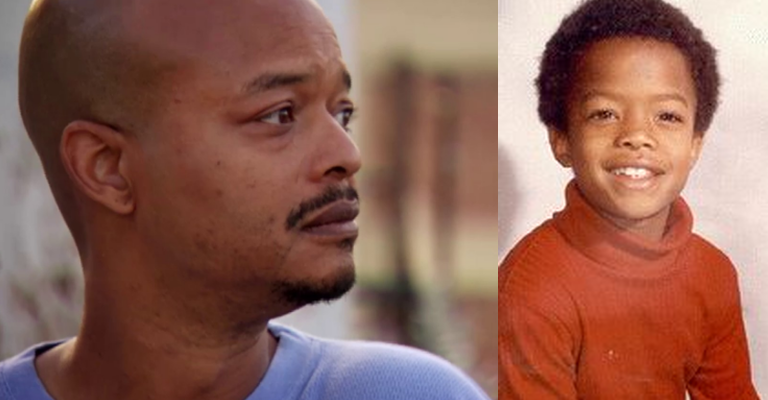 For many years, former “Different Strokes” star, Todd Bridges,’ name was synonymous with drugs, jail, child-star-gone-wild, and any other negative connotation you could think of…most of which was true. For years, many judged him, but there is a reason for his wild past. In an interview with Oprah Winfrey a few years ago, Todd tearfully explained what that reason is. Todd Bridges’ many problems all stem from the horrific sexual abuse he endured as a child and by that time, he was already a professional actor. He and his mom spoke out about just how bad things actually got between them and his sexual abuser (whom they also named). But what Todd said his Dad did AFTER he found out his son had been abused, was even worse, according to Todd.

BRIDGES RECALLS WHAT HAPPENED AFTER MOLESTER ABUSED HIM…

Todd Bridges revealed that he was sexually abused by his then male mentor/publicist. According to Todd, ‘Mr. Child molester’ used to push  him to ignore the many girl fans who adored him at age 11 and then the molester eventually proceeded to sexually abused Todd. Here’s what happened when Todd discussed this on “The Oprah Winfrey Show”:

Via Starpulse: Bridges started reading [a page from his book, “Killing Willis”] and lost his composure as he fought back tears: “He pulled my pants down. He put his mouth on me and I got hard. I didn’t know where to look or how to feel. I squirmed against the back of the seat… I hoped it would be over fast. That’s what happened; I came.”

He added, “As I confessed and I was upset about it, I liked the way that it felt. I didn’t think about whether or not it was wrong.” [Bridges] held his head in his hand and started crying as he put the book down and told Winfrey, “I’m past it but it still hurts because it ruined my life. I spent the rest of my time trying to cover up how I felt about it, that pain.”

Over time, Todd started lashing out at his molester and would get real violent, which raised red flags for his Mom:

Bridges…revealed his molester, a man named Ronald, tried to take the place of his father – and he had confusing moments where he just attacked the man who stole his innocence. The actor’s mother, who was in [Oprah’s] studio audience, revealed her son’s strange behavior struck a chord with her – because she had been molested as a child, also. Bridges explained, “My mother took me off of him. I think she knew right away what had happened.” -Starpulse

After his Mom quickly connected the dots, she innately reacted to protect her baby. She instantly picked up a knife, threatened the molester and chased him the hell out of her house! Then she called Todd’s dad and that’s when it went from BAD to WORSE…

‘MY DAD DIDN’T BELIEVE ME AND DID NOTHING ABOUT IT’

Immediately after Todd’s mom chased the molester out of her house, she called Todd’s biological father and what he said to him next is something that cut Todd to the core. Todd said his Pops did NOT believe him when he got on the phone and told him the man had been sexually abusing him:

“That really destroyed me because my father was supposed to be my protector. He didn’t protect me,” Bridges told Oprah. Then he broke down again and said,  “He allowed this man to do this to me and didn’t help me. I have kids today (and) if my kids told me that, I’m going to jail; that guy’s dead. There’s no way he’s gonna live,” Bridges confessed.

Todd Bridges definitely earned my respect for being so forthcoming about what that monster did to him back in the day. At this point, I’m conflicted about who’s more of the monster though – his molester, or his pops? Real talk.

Then we wonder why some kids grow up to be jacked up adults…SMH. Much respect to Mr. Bridges for helping others by sharing his story.