In August of 2016, Peter Thomas, the former husband of Real Housewives of Atlanta star, Cynthia Bailey, announced that he was a “happy motherf*****” because his oldest daughter/model, Porsche, was pregnant with twin boys. At that time, Thomas was going through a dark period in his life, during a very public divorce with Cynthia. Prior to his daughter announcing her pregnancy, she married the man of her dreams 5 months earlier. Then, shortly after getting married, Porsche was over the moon with baby news. The twin boys would be Peter Thomas’ first grandchildren. 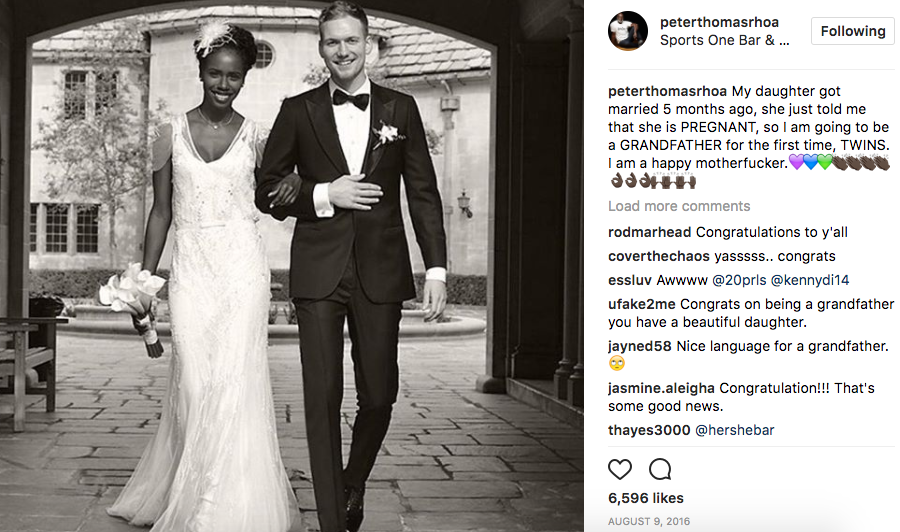 Peter has often stated that he is at his happiest when he is with his children. The doting daddy and grandfather often posts photos of his children, as well as newest members to the fam.’ Thomas daughter, Porsche, welcomed her sons, August and Berlin, on January 7th of 2017. The two boys are absolutely handsome lil’ men and Peter is in awe of them.

Just like their grandpops, Thomas’ grandsons August and Berlin can now be seen on national TV as well. The Real Housewives of Atlanta star is hella excited because his twin grandsons are the new stars of Black-ish and will soon make their television debut. The baby boys will star as one character by the name of “Devante Johnson,” the newest addition to the ‘Johnson family’ on the show.

Attention Instagram world, the New season of blackish is next Tuesday, and the beautiful little baby boy in this picture is my beautiful grandson (Berlin) , not bad for his first job, working at @abcnetwork @sportsoneclt @cluboneclt @bravotv @cynthiabailey10 @neneleakes @thekenyamoore @shereewhitfield @porsha4real @todd167 @kimzolciakbiermann

We can’t wait to see them on the small screen! Porsche Thomas is a vegan food aficionado and beautiful model, who often faced criticism during her pregnancy for posting a photo of her baby bump online. Some social media followers made very brainwashed, ignorant comments about Porsche’s beautiful chocolate skin as she showed off her baby bump in a bikini swimsuit, during her last trimester. 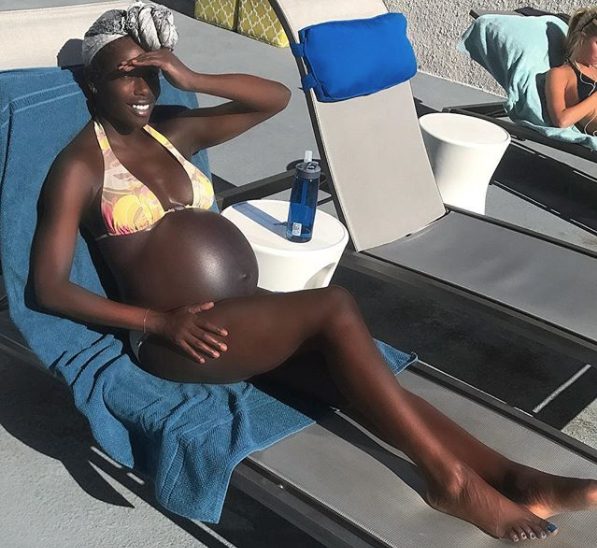 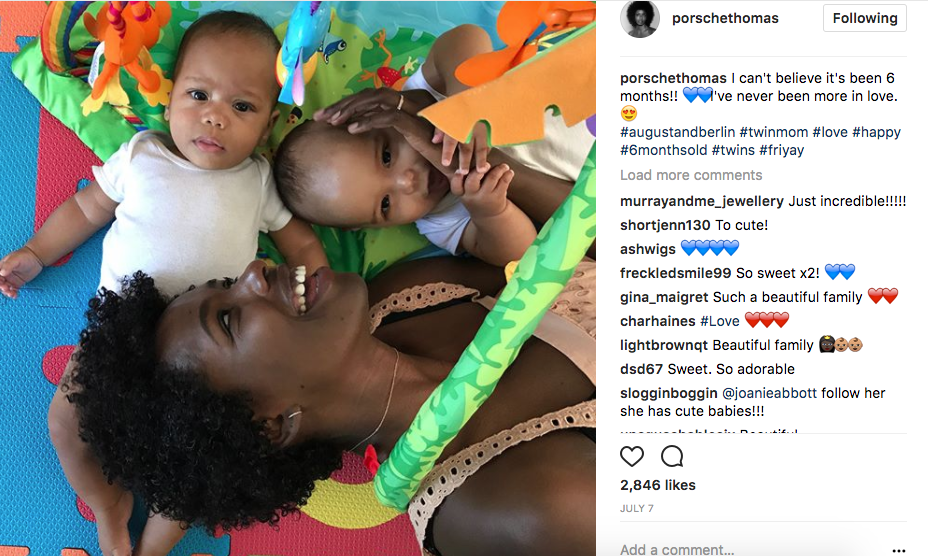 While you may not see Peter Thomas on Real Housewives of Atlanta anymore, he’s not leaving Bravo anytime soon. According to TMZ, Thomas has reportedly started shooting a reality series for the network centered on managing his Charlotte, North Carolina hot spot, Club One. The show will be very similar to Vanderpump Rules. Sources say that the show is about Peter owning and managing the club in the aftermath of his breakup from Cynthia last year. If we’re lucky, we may get to see Mr. August and Mr. Berlin again because they are too cool for words and their baby swag is on level 10 already. Gotta luv it!