Trending! See Why Girl From Africa Is Called “Beyonce”, U Gotta See This

If you haven’t been one of the 5 Million people to see the video of a young lady from Africa, you are in for a treat.

Why Do They Call Her Beyonce?

Her name is Audrey Iteritek, and she’s from the Republic of Burundi, which is located in East Africa with a population of over 10 million. While it has been noted that Audrey cannot speak any English, but she was able to listen to Beyonce’s music and mimic it flawlessly. You’ve got to hear it for yourself!

A couple of years ago, Beyonce was filmed singing her song “Halo” at a hospital in Singapore to perform for young patients fighting cancer.

“We have all been traveling around the world, and touring, and performing, and I’ve met some incredible people,” she said before the performance. “Before we perform tonight I wanted to meet the true superstars so we came here to do a little performance for all of you.” 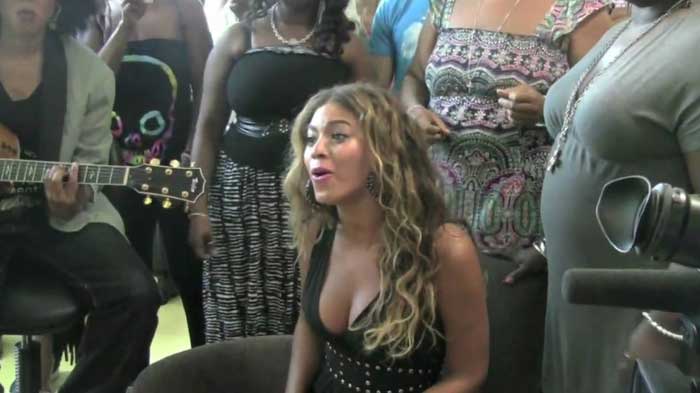 Moments later, Beyoncé’s backup singers joined her and together they emotionally sang an acoustic rendition of 2008’s