The 26 year old daughter of “Oops (Oh My)” songbird, Tweet, discussed some deeply heart wrenching realities that both she and her mother struggled with. Fortunately both of these two beautiful ladies (who look more like sisters) have overcome their battles, but NOT before hitting rock bottom. Tweet and Shenice (formerly known as Tashawna) revealed on The Lexi Show just how strained their relationship became as a result of Tweet’s past alcohol abuse and what it ultimately causes Shenice to do. After hearing this, we gained a whole new respect for Tweet and her not-so-mini-me, Shenice. Check it out below… 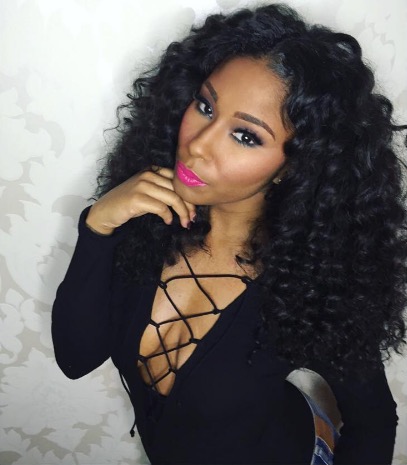 Tweet's daughter, Shenice (pictured above), revealed this to Lexi:

"I remember her [her mom, Tweet] always being numb and very depressed. She was always intoxicated. I never really saw my Mom sober. [...] She was always out, enraged. She went through a very dark period in her life and she was angry with the world...very depressed, VERY depressed."

"I thought it [Tweet's alcoholism] was normal...I just wanted to help my Mom. [...] I didn't know really what was going on, because I just knew she came home and she was gone for years. So when she came home and was home everyday, I didn't wake up and she was gone, I was happy with that. But I didn't like the state that she was in, but being 8 and 9, you don't really know what to do, but just pray...that's all I really could do.

My grandmother was my rock through all of it. She was my best friend...she taught me everything."