Kandi Burruss’ Old Lady Gang restaurant has become a popular attraction for local residents and tourists, alike in the ATL. After numerous construction delays and other issues that were highlighted on the last season of the Real Housewives of Atlanta, the restaurant finally opened its doors earlier this summer. Since the restaurant opened, it has received mostly great reviews from food critics. Having eaten there a few times myself, I can personally attest to the fact that the soul food at OLG there is BANGIN!’ But unfortunately, the restaurant ain’t exactly a hit where the Georgia Health Inspectors are concerned. According to EurWeb, the soul food joint received slightly less-than-favorable reviews from inspectors.

It has been reported that the online inspection of the restaurant was published on August 24, 2017, by the Georgia Department of Public Health. The report included details about a number of sanitary violations. From employees failing to tie up their hair, to unsanitary towels, restaurant cleanliness, and improper temperatures for stored refrigerated foods, inspectors noted the issues that needed to be addressed. The list of violations took the restaurant’s inspection score down to a grade “C.” 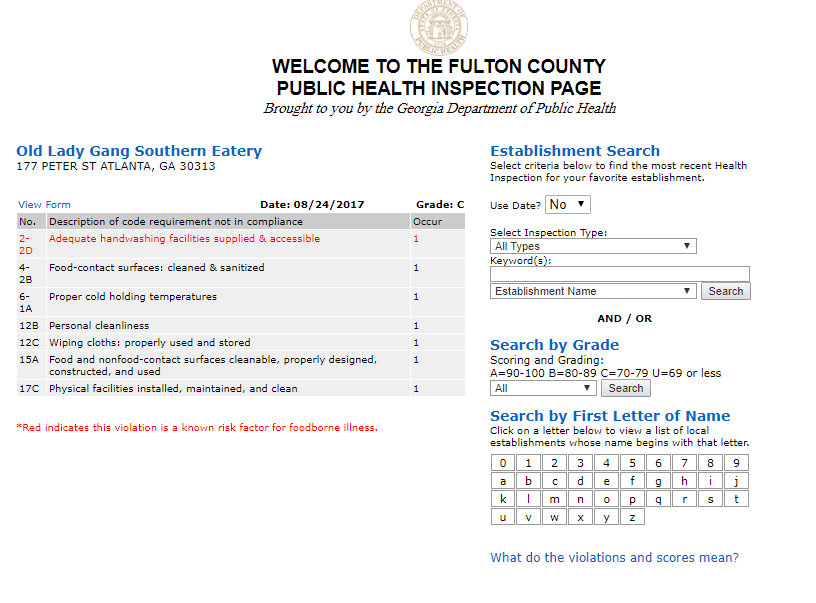 Luckily, most of the violations listed can be easily fixed. Hopefully, the restaurant makes the proper changes to keep inspectors at bay, because like I mentioned earlier, their food is off the chain and the employees are very hospitable.