It may seem like Keshia Knight Pulliam has been pregnant for well over a year- based on all of the divorce drama that’s happened simultaneously with her pregnancy- but nope, she’s in her third trimester now. But if you thought that Keshia’s really pregnant status would slow her down and prevent her from filing new court docs against her soon-to-be-ex husband, Ed Hartwell, think again! So here’s why she just asked the judge to lock Ed up for the second time since their drama started… 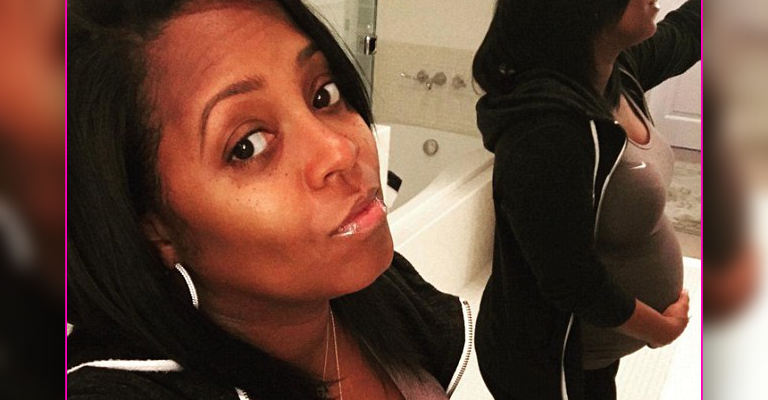 Also in Keshia's court doc, was a complaint about Ed's radio silence in response to Keshia's prior filing that he transfer all of their guns over to her name:

Via TJB: [Keshia] wants the judge to throw Ed in jail until he purges himself of contempt by paying his share of the pre-natal paternity testing costs, submit his DNA test, pay for ½ of the pre-natal expenses for their unborn child and transfer the tittles for their guns. The actress is requesting the judge fine Ed a total of $1k as a punishment for each instance of his contemptuous behavior along with $15k for her attorney fees.

Ah well, so much for that stress-free pregnancy we were hoping for. At this point we just wish Keshia and Ed a precious, healthy baby.
Prev 1 of 2 Next