Uh Oh…Usher Accuser Hits Back With Another Epic Legal Surprise

Last week, Usher sparked a media firestorm when he was accused of infecting a former acquaintance with Herpes. In a matter of days, the situation escalated from an allegation to a massive lawsuit. As a result of the accusations, Usher is facing a $20 million lawsuit for infecting the woman. Then to make matters worse, the alleged victim has made an interesting legal move that’s turned quite a few heads.

According to The Jasmine Brand, the woman – who has only been identified as Jane Doe – has hired high-profile Georgia-based attorney, Lisa West. For those who don’t know, West represented Usher’s ex-wife, Tameka Raymond, during the custody battle over their two sons. So, it looks like Usher will face off with West in court once again. 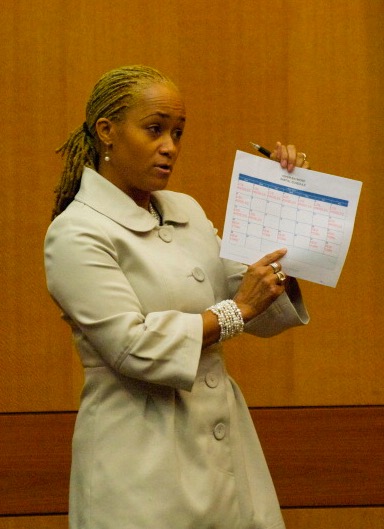 The woman’s latest power move follows a string of reports about Usher’s reported affairs. The new lawsuit comes just days after reports revealed Usher paid a $1.1 million settlement to another woman who reportedly contracted herpes from him. Shortly after the settlement made headlines, the current woman, in question, says she decided to get tested and the results came back positive. This woman claimed to have had protected sex with Usher back in April during an encounter in Atlanta. But 12 days later when they met in New Orleans, they had unprotected sex. The woman also admitted to performing oral sex, according to New York Daily News.

The $20 million she’s seeking will cover damages for negligence, battery, and emotional distress.

Regardless of whether or not Usher really did infect her with Herpes, it’s definitely not a good look because the Confessions singer is married. So, not only are the allegations embarrassing but it sheds light on the possibility of numerous affairs Usher may have had behind his wife’s back.