Vintage Beef: Rick James Once Exposed What Caused His Hostile Confrontation With Prince

The legendary, Rick James, detailed in his book, “Glow,” exactly what went down on the night he got into it with the iconic, Prince. It was about to be a clash of thigh high boots, braid extensions, and blouses flying in the air (in a manly type of way though) when Rick and Prince came THIS close to throwin’ blows back in the day! As we all know, Prince was private, but Rick lived his life like an open book, which is why he had no problem revealing that he wanted to -and I quote- “kick Prince’s a$$.” Although it was a serious situation, the way Rick described this is actually pretty funny and a it’s fond memory of two incredibly talented legends gone way too soon.

Rick James wrote about the time he tried to fight Prince backstage at an awards show, after Prince turned down Rick’s mother’s autograph request. To Prince’s credit, he didn’t know that was Rick’s Mom, but that didn’t matter to Rick- he was PISSED after his Mom told him she was dissed by Prince. Here is what Rick James wrote about that night:

That’s all I needed to hear. I chased after that little turd. I caught up with him and was about to lay him out when his manager stepped in.

“What the hell is wrong with you, Rick?” asked the manager. I told him Prince had dissed Mom and that I was gonna kick his scrawny ass. Prince explained that he didn’t know who Mom was. “Well, now you know, motherfucker,” I said.

Really? A “turd” Rick?!! LOL…the visual on this Rick James/Prince blow up is hilarious, but that wasn’t the first time they had beef. SEE WHERE THIS TENSION STARTED… 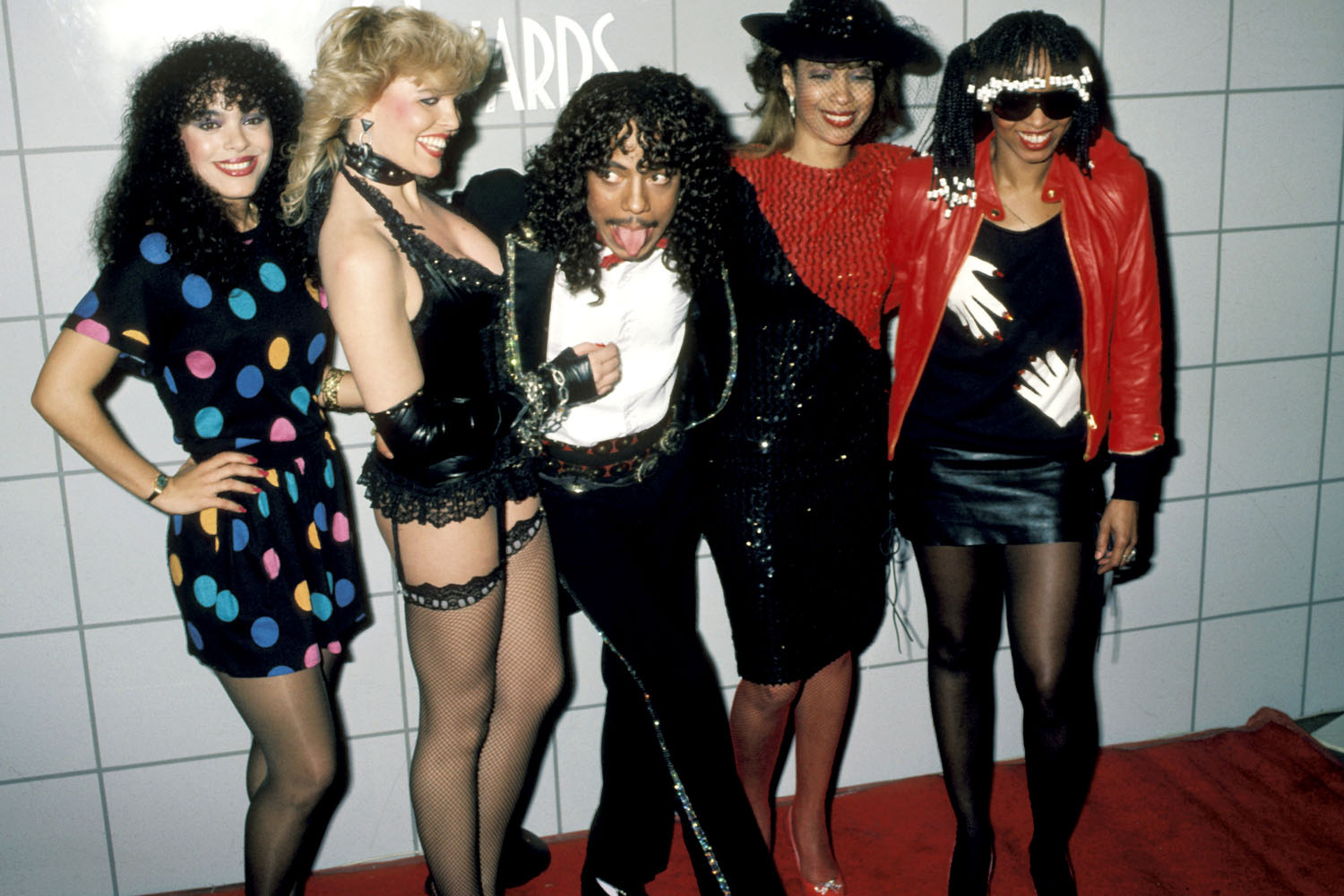 Rick James made it widely known that he wasn’t a fan of Prince. Their issues date back to the late 70’s/early 80’s, when Prince opened up for Rick James’ tour. In his book, “Glow,” Rick alleged that Prince jacked his style on tour, stole his concept for his 80’s girl group, Mary Jane Girls (pictured in the photo)…AND his original lead singer. Rick said he told Prince about his girl group he was building, with it’s lead singer, Denise “Vanity” Matthews. According to Rick, when Vanity saw Prince for the first time backstage at an award show, she left with him instead and never returned to Rick. The next thing he knew, Prince had formed his own girl group, Vanity 6, and made Vanity the lead singer.

Like we always say, there was rarely a dull day in the lives of some of our favorite icons and this is proof of that. May Prince, Vanity, and Rick James, forever rest in peace and we thank them for the timeless music and the priceless stories, like this one, that put smiles on our faces as we reminisce.