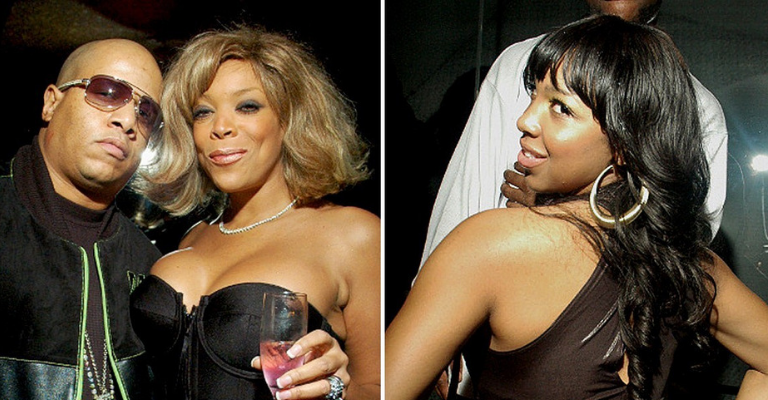 When Wendy Williams returned to her show in March after her extended break, she could not praise her husband, Kevin Hunter, enough.

“I want to shout-out to my husband. I’m still wearing my ring,” said Williams in the middle of her Hot Topics segment. She went on to say: “He is my best friend and my lover.”

Her Husband Allegedly Has A Mistress

But despite Williams’ protests that her marriage is just fine, the rumor mill is still running into overdrive. Her husband’s alleged mistress, Sharina Hudson, reportedly gave birth to his baby girl a few weeks ago.

Now according to new pictures that have surfaced, Hudson and Williams go way back! The photos, taken by First Clandestine Group/AMI, see a 21-year-old Hudson turning up with Wendy and her husband at New York’s Dirty Disco on December 27, 2007.

Charlamagne Tha God Was There

Hudson was seen in a black tight dress, while other pictures show Kevin and Wendy cozying up together at the event. Williams’ former radio colleague Charlamagne Tha God was also among the guests at the bash.

Charlagmagne recently blasted Williams for still being with Hunter, despite rumors he has been cheating with longterm mistress, Sharina Hudson, for ten years.

“I don’t understand how Wendy Williams can continue to get on TV every day and lie to people,” the radio host said. “For years she’s gotten on radio and told women to leave for less. And now we’re sitting back watching her get emotionally abused and she’s saying nothing. If this is true there’s no way you can fake your way through this one.”

Why Did Charlamagne And Wendy Fall Out > > >