Over the past couple days, Wendy Williams sparked a media firestorm with her controversial statement about HBCUs and the NAACP. Apparently, Wendy didn’t understand why historically black colleges and universities have always been racially distinguished compared to state universities and private colleges. She argued that predominantly white colleges should be considered just that: white colleges and universities. Wendy also said she’d be offended by HBCUs and the NAACP if she were white. 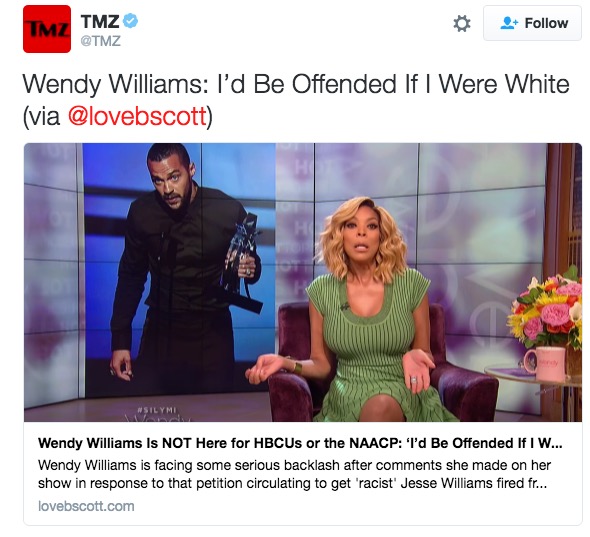 As expected, she’s received a flood of responses, but the most epic response came from Roland Martin. For those who haven’t heard what Roland has to say, his response was quite scathing. He took the time to break down the historical reason behind the acronym and even went a step further with a blunt conclusion. In a nutshell, he told Wendy to shut the hell up and stick to discussing topics with little substance. 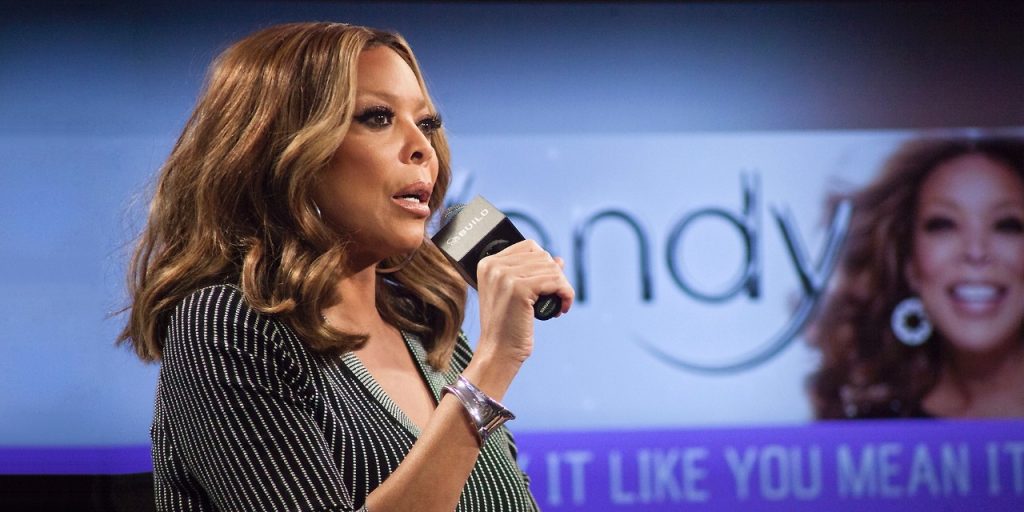 “When it comes to our colleges, we couldn’t go to those schools,” he said. “As a matter of fact, we couldn’t read during slavery. You could be killed if you were found to be reading. So, that’s why it is so critically important… Our institutions are allowing us to survive in America, even though we built this country.”

Now, after a few days of being cyber trolled, Wendy is apologizing for her statement. “I can admit when I’m wrong. I’m a soldier,” Wendy said. “First, I want to apologize to everyone that I might have offended regarding my remarks. I was wrong.”

But, do black people forgive Wendy Williams? Don’t look that way based on the Twitter responses. Here’s how black twitter reacted to her apology: 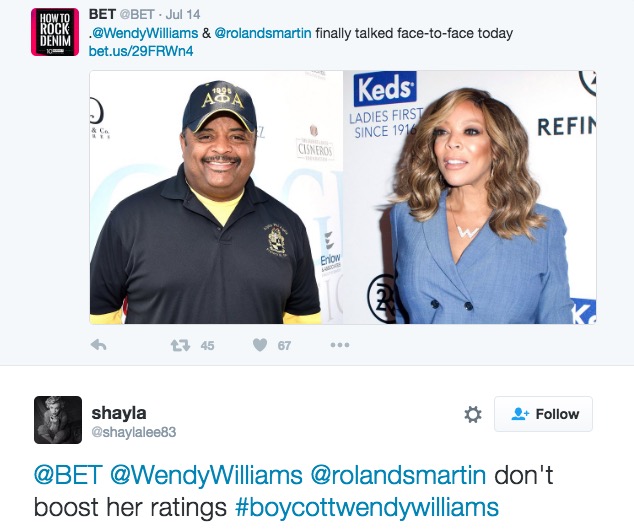 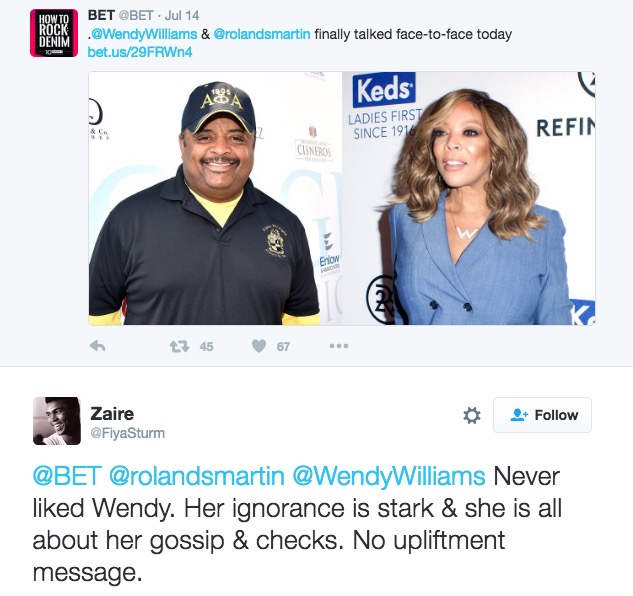 Hopefully, Wendy will choose her battles wisely in the future, but since she has a history of making offensive statements, this probably won’t be the last time she finds herself at the center of controversy.