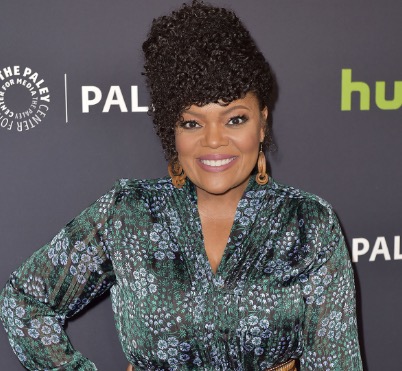 Yvette Nicole Brown recently took fans by storm when she starred in the popular biopic, The New Edition Story, which aired in January. For those who missed it, Yvette- best known for her roles inCommunity, The Office, and The New Odd Couple- portrayed Michael Bivins’ mother, Shirley Bivins and ironically, Mike and Yvette have a history together that most never knew about…until now.

The women worked together to bring the motherhood dynamic to life when the cameras were rolling, but most don’t know Yvette actually has a deep past with Michael Bivins. Their work together actually started long before the biopic.

Yvette’s & Michael Bivins Past Together: 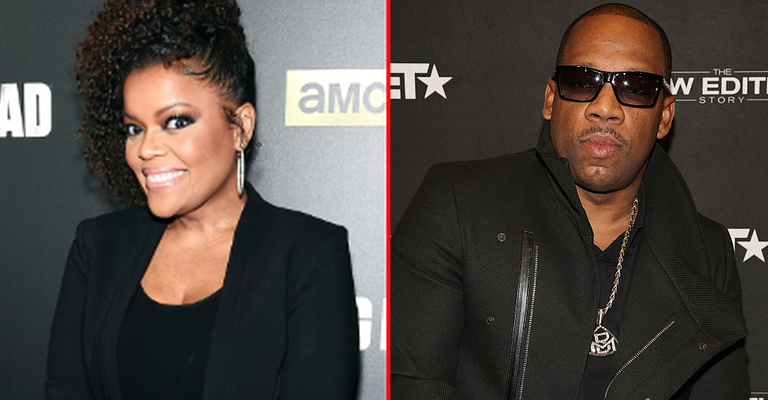 Now here’s the kicker about Mike Bivins and Yvette: Yvette Nicole Brown was actually signed to Michael’s label, Biv 10 Records back in the day! But that’s not all, during an interview with musician, Harry Connick Jr., Yvette revealed that she was not only a singer on Biv’s label, but that Mike was her manager, then after she graduated from college, she went back to work for Bivins as his assistant. Lo and behold, ten years after Yvette was no longer Bivins’ assistant, she morphed into his momma, Shirley, for The New Edition Story. Ain’t that something?!!

Check out Yvette Nicole Brown- a Cleveland, Ohio native- singing as a member of Bivins’ ‘East Coast Family’ clique in their music video for Biv 10 Records song, “1-4 All 4-1″…BUT THERE’S MORE…

SEE WHAT YVETTE SAID NEW EDITION’S BODYGUARD DID FOR HER THOUGH & SEE PHOTO OF THE REAL LIFE MOTHERS OF N.E.

In a video Yvette Nicole Brown posted online with New Edition’s former long-time bodyguard-turned-TV producer, Jeff Dyson (who was also portrayed in the N.E. movie), she thanked him for being the reason she’s a successful actress today (along with Mike Bivins of course). Why? Because Jeff was the one she randomly walked up to at a New Edition event back in the day, and begged him to let her backstage she could sing for N.E. Jeff told her ‘no,’ HOWEVER…

He then did something he said he’d never done before- gave Yvette the location of the hotel N.E. was staying at, so she could later run into them there and he made her promise not to tell N.E. he gave her the address. Jeff’s reason for helping Yvette was because he said he could tell she had an intense drive to pursue her dream and wasn’t just an average teeny bopper groupie trying to hook up with N.E.

Jeff’s plan worked-  Yvette ‘ran into’ N.E. at the hotel, she got to sing for Mike Bivins right there on the spot, and the rest is history!

Yvette’s history with Michael Bivins probably made her a shoe-in for the role of his mother despite the brutal casting process. Another reason why the actors nailed all the scenes is because the group approved everything. Yvette shared details about the film’s production during an interview with EBONY. “New Edition were executive producers on this project, which means they were on set almost every single day, one, or all six.”

Anyone who has seen the movie will probably agree the ladies and guys who portrayed members of the great did an awesome job!

Ricky Bell posted the below photo of the beautiful mothers of New Edition. Some of them are no longer with us, but they were always beyond proud of what their babies have accomplished- from being little hyper kids running ’round the house, to the music legends they are today. 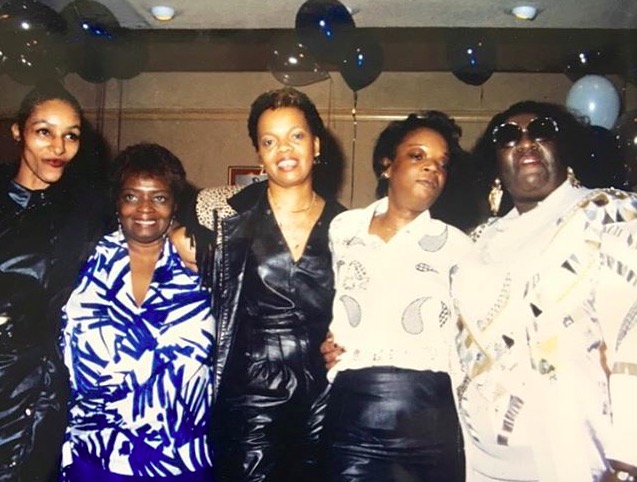 Ricky captioned the photo with this on Mother’s Day: