What? 9 Million Records Sold & This “Reunited” Singer Does THIS Now? 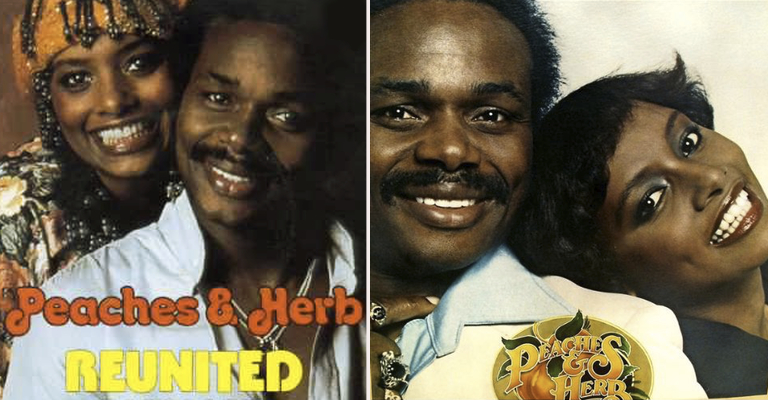 Mr. “Shake Your Groove Thing” and “Reunited,” Herb, of ‘Peaches & Herb’ has repeatedly sang the lyrics, “Reunited and it feels so good,” has sold over 9 million records, their music is still played on easy listening stations and now he’s a security officer at 72 years young and he LOVES it.

You see, before the fame of Peaches & Herb, Herb Feemster was once a Washington D.C. police officer. After the fame was over and the checks stopped coming in, Herb said he proudly went back to work and became a regular citizen, just like the rest of us. He’s been a security officer for the U.S. Court of Appeals since 1986. He reports to work every morning by 5 a.m. with a fully loaded glock and two extra magazine clips on his belt.

“See, I never wanted to be a starving artist, so I had to get a job,” he says.

Today, if you’re ever in D.C., you can probably run into Herb at the courthouse on Indiana Ave. He has no plans to retire and at 72, he’s like the Energizer Bunny. Now that may be a little weird to some, but for Herb, it’s not; and if you think you’re going to find him walking through the court halls humming “Shake Your Groove Thing,” think again. He’s not on that “I’m a celebrity” tip, he sees it just like the rest of us working folk – going to his job and fulfilling his obligations.

He said this about his career as a security officer:

“I’m going to show up to work. It’s not like a holiday for me…I come here to work. I really enjoy coming to the court every day. I enjoy the people here; I smile and laugh with them every day. And I enjoy standing in the court and listening to these trials.”

Now here’s the best part of it all- Herb has not hung up his singing hat and he is not a broke man by far! He still performs regularly with a new “Peaches,” Wanda Tolson. He was also smart with his coins and after years of battling it out legally with his record labels, he’s won a series of lawsuits over unpaid royalties and he says he now has enough money banked that he doesn’t need to work at the courthouse. He still does it simply because he loves it and we can’t be mad at that at all. When we can live life actually doing something we love that’s one of the greatest gifts we could have ever imagined, in my humble opinion. Keep doing your thing Herb!