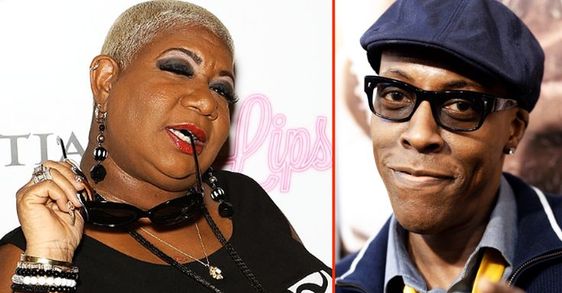 Well here’s one many weren’t expecting. We’re throwing back to 2017, to that time when comedian/actress, Luenell- best known for her many stand-up shows and appearances in films, such as Think Like A Man and Think Like A Man Too- had a message for all of us . She is 59 and gives zero you-know-whats about what anyone has to say about her! That message was clear in her nude photo spread for Penthouse Magazine’s 2017 ‘April Fool’s Edition.’ Everyone from fans, to naysayers, to celebs, like Arsenio Hall, had something to say about it…

*Throughout this article, we’re showing the censored photos of Luenell, but you can see the corresponding uncensored links underneath each photo.* 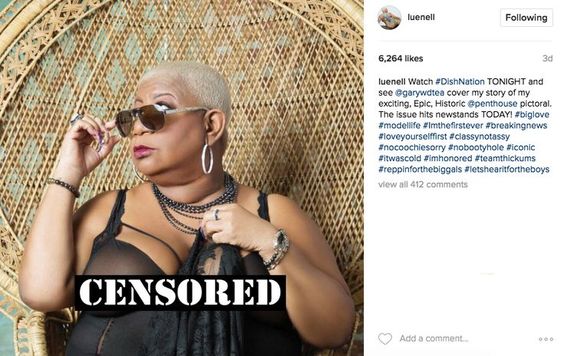 Luenell shook up the internet when she dropped a few of her nude and semi-nude pics onto her Instagram and Twitter timelines. Along with her photos, she explained why she decided to pose nude at this point in her life. In one caption she explained to women over 50, that “It’s not over ladies, not even close. Embrace your inner centerfold and live your life like its golden!” 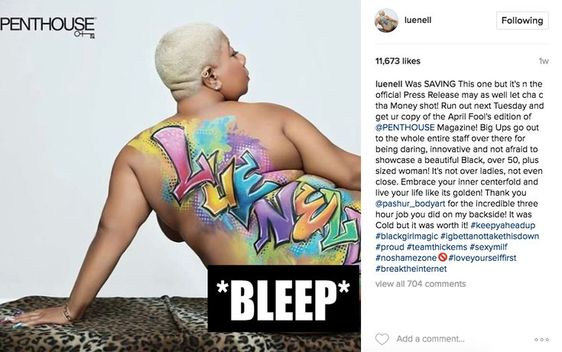 See the above uncensored pic here.

She further broke down why she did the shoot and how she got the gig of being the first over 50 full-figured African American woman in the magazine:

Via Black America Web: “I already had a relationship with Penthouse where I directed a photoshoot from them and I guess out of the side of my mouth, I said you guys ought to shoot me. I said if you do you’d be the first adult magazine to have shot an over 50 woman of a certain color. I’m very pleased with the turnout. They aren’t vulgar or offensive,” [Luenell] said.

For one of Luenell’s Instagram nudes, she went OFF on Instagram, for taking down one of her Penthouse shots (which we later found on her Twitter page…see it here), but allowing the many other females on IG to bend it over and spread it wide for all the world to see: 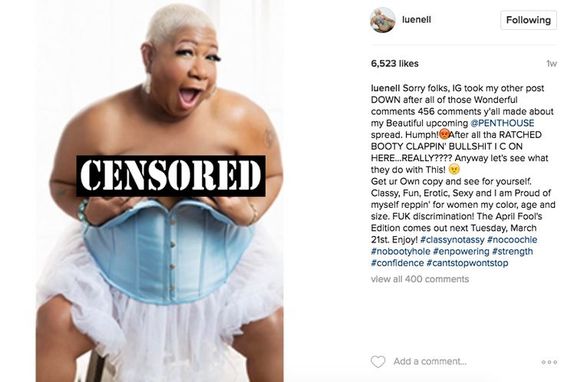 See the above uncensored pic here.

Arsenio Hall was one of the first celebs to publicly speak about Luenell’s nude photo spread during his Tom Joyner interview. He shocked the hell outta everybody with his honesty too. Arsenio said he LOVED Luenelle’s nude pics so much, that at that time, he’d changed his Twitter profile pic to her nude back shot and he also revealed that he got busy with her nude photo…he explains below:

Arsenio on Luenelle’s nude spread: “I Love it! I pleased myself to Luenelle this morning. […] If Luenell is nude before the first day of spring, it’s going to be a Nubian New Year.” He continued, “When I first saw the pictures, one tear came out of my eye (like Denzel in Glory) and I went to my bedroom alone … she did it for me.”

Luenelle is a fabulous thicky-thickum sista and all, but Arsenio, bruh…that’s a lil’ bit TMI (too much information)…LOL. Wait, Arsenio had more to say…

When asked if there was anything he was surprised about when viewing Luenell’s nude pics, Arsenio lightheartedly gave his honest opinion: “I expected her to have a higher a$$…She got plenty of a$$, but it don’t have that altitude I was looking for…I loved the touch of graffiti on her back, it looked like the old Fresh Prince logo.”

Luenell’s fans were also flippin’ out when they opened up their Instagram and Twitter news feeds and landed on a smiling Luenell posing all sexy-like. The reactions were mostly ‘You go girls’ and ‘Big ups,’ mixed in with a few ‘Nuh-uh’ and ‘Hell naw’ type of comments in between. But either way, Luenell was embracing it all and we love it! When one fan came at her for posing nude, she responded in a classy way: 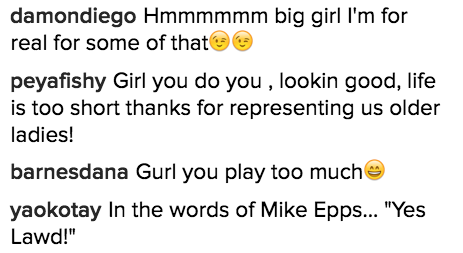