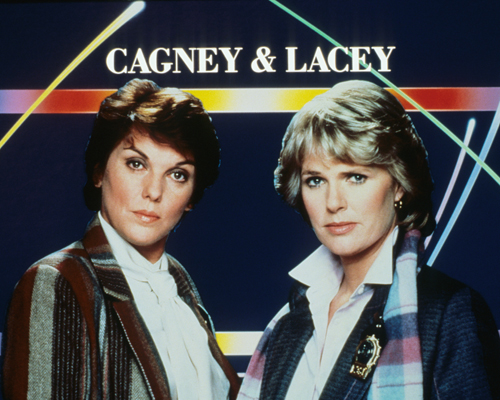 Well, what many of us didn’t know was that during that time, Tyne was was married to a very popular actor who had a significant role in the Alex Haley TV miniseries, Roots. Tyne and this Roots actor were married for 24 years and have three children together.

He starred as “Chicken George’s” (Ben Vereen) son, “Tom,” from the historic miniseries, Roots. You know him well, his name is Georg Stanford Brown.

Georg is also known for his roles in The Rookies, Stir Crazy, and most recently the FX drama, Nip/Tuck. He and Tyne Daly’s romance seems really unlikely, but their story is actually interesting.


They started dating in 1965 when they met at at American Musical and Dramatic Academy that they both attended. She was a privileged, Caucasian rich kid with the successful actor dad, James Daly, and George Stanford Brown was the poor kid Black kid from Harlem, who was working hard to pay his tuition, by being the school’s janitor. As you can see, they came from two different worlds, but they fell in love and as we mentioned earlier, had 24 years of marital bliss from 1966 to 1990.

Georg was born in Havana, Cuba to West Indian parents who didn’t have much money, but he said they always made sure to expose him to things that would spark his creativity with books, travel and music. “That gave me the vision and feeling that I wouldn’t settle for what surrounded me,” says Georg.

It sounds like their incredible passion for acting is what brought these two together and through their union, they produced two daughters, Alyxandra Brown (32), Alisabeth Brown (50), and Kathyrn Dora Brown (47), who is also an actress in film and television.

On a side note, our girl Tyne Daly also dated the man best known as Prince’s dad in the film, Purple Rain, Clarence Williams. They were an item for years and they started dating after her divorce from Georg Stanford Brown, but they’re no longer together.
LOAD COMMENTS