Have you seen Tameka “Tiny” Cottle lately? Well, the 41-year-old singer/songwriter is turning heads these days and all the chatter has nothing to do with music. ILOSM fam, Tiny’s photos will definitely leave you speechless. 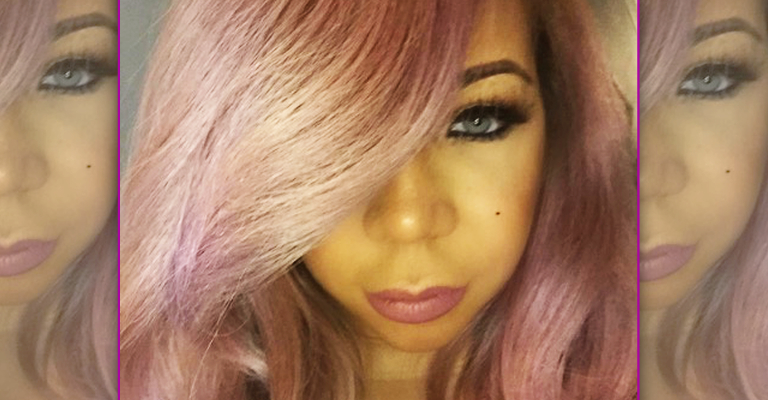 Jaw-dropping photos from Tiny’s latest photo shoot are circulating on Instagram. According to The YBF, Tiny’s stylist and makeup artist initially shared the photos. Her makeup artist explained the reason for the photos, revealing details about the photo shoot.

“Yassss @majorgirl push all the way thru!!! #makeupbyerikalapearl shoutout to my girl @ciara.ayako for assisting me today for this photoshoot! U r the best!!!! Hair by @lecreations 😍 styling by @troy_clinton,” she captioned the photo. The former Xscape singer looks quite different these days and many people wouldn’t believe she gave birth to her fourth child several months ago.

Of course, it didn’t take long for fans to begin commenting on the photos. Almost immediately after the photos surfaced, fans began weighing in. Tiny has received an overwhelming number of compliments on the photos, but some fans have admitted they initially didn’t recognize the singer.

The latest photos of Tiny follow the birth of her and T.I.’s daughter, Heiress Harris. The T.I. & Tiny: The Family Hustle welcomed their adorable daughter on March 28. Despite reports about trouble  T.I. and Tiny