Wow! Look What Ebony Magazine Did To Cover Image With Cosby! 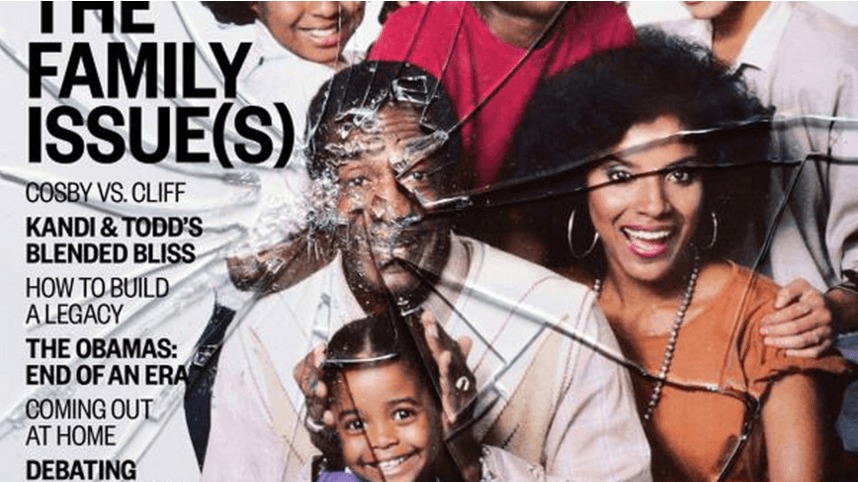 Remember when magazines were a part of your home’s decor? It would be perfectly fanned on a table with the latest collection of Ebony and Jet Magazines. Those magazine covers with iconic figures like Stevie Wonder, Martin Luther King, Micheal Jackson and Diana Ross, Billy Dee Williams were exciting and were a reflection of “black beauty”. Cosby himself has appeared on at least 4 magazine covers over the years, all in a positive light, but now Ebony magazine makes a prolific statement with the release of the November Issue.

The magazine’s November edition, is ironically named “The Family Issue,” features an image from the Cosby Show, but it is overlaid with a broken glass effect that’s centered on Cliff Huxtable’s face.

The Ebony cover story was written by Goldie Taylor.

“Now, some three decades later, as Cosby stands accused of sexually assaulting at least 40 women, Black America is left to grapple with his once-unimpeachable legacy,” she writes. “If Bill Cosby is finished, what does that mean for Cliff, and the rest of the tribe called Huxtable?”

In light of the complicated allegations of sexual abuse from over 50 women is this magazine cover fitting? 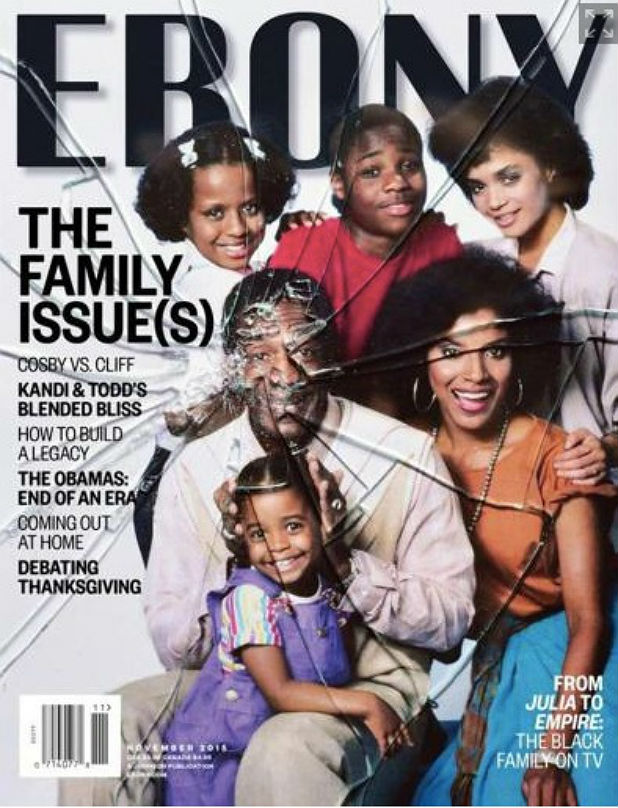