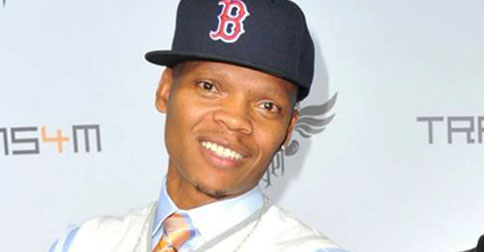 If you’re a New Edition fan, then you already know that Ronnie DeVoe was the one who pretty much always flew under the radar. He didn’t really cause much friction with his group members. Well…at least there was no friction really made public, but after watching the New Edition Story, we now know Ronnie wasn’t a ‘ish’ starter, but he damn sure would clap back at the ‘ish’ starters if they came at him sideways *coughs Bobby Brown circa early 1990’s.*

So it is Ronnie’s typically laid back mind-his-business demeanor that makes his throwback arrest record and police fiasco, a pretty interesting Old School fun fact we wanted to share wth y’all.

Long story short, Ronnie and two of his boys got arrested back in the day over a BS charge in which somebody called the cops, stating a ‘drunk man [Ronnie] was wandering the halls’ of the Hyatt Regency Hotel in Louisville, KY. When cops showed up, things turned ugly and Ronnie and crew ended up having to cop a plea deal to avoid a trial. Although initially Ronnie had pleaded ‘not guilty’ of the charges. See the rest of the details below…

(July 1997) Ronnie DeVoe, member of the band New Edition, pleaded guilty on Monday to charges of resisting arrest and was sentenced to 20 hours of community service. DeVoe was arrested in a Louisville, Ky., hotel room last February after police encountered him, his brother and his wardrobe manager drinking in the hallway. Police assert that DeVoe refused to return to his room, became belligerent and had to be forcibly subdued with pepper spray. Both DeVoe’s attorney and manager stated that the arresting officers exaggerated DeVoe’s behavior and were “overzealous” in their actions. DeVoe subsequently plea bargained.

As you can see, Ronnie was adamant that the police officers blew the entire ordeal out of proportion. Based on the way the rest of his nonexistent legal problems have gone for the past few decades, Ronnie’s story may be leaning more toward the accurate side than not. But none of us were there, so we can’t really make that call on this one. At any rate though, this just goes to show that the more things change, the more they stay the same. Fame does not make one exempt from the law…Ronnie DeVoe learned that first hand and never traveled that rode again…as far as we know.