Do you remember Sheila Ferguson of 70’s soul group, The Three Degrees? Well, if you remember chart-topping hits, like “When Will I See You Again,” and “TSOP (The Sound of Philadelphia)” you’re familiar with Sheila Ferguson and her success as lead singer of the famous female trio. However, her work didn’t stop when she left the group in 1986. Sheila went on to pursue a solo career.

Ferguson had international success with her remake of “When Will I See You Again,” and the song ended up peaking at #60 on the UK Singles Charts. The Philly native also established quite a name for herself in the United Kingdom. She went on to build a career in theater starring in numerous musicals and soul tours. However, she didn’t stop there. She also landed her own sitcom, Land of Hope and Gloria and authored a book titled Soul Food: Classic Cuisine from the Deep South. The cookbook was a huge success and topped the best seller’s list.

At 69, Sheila Ferguson is still incredibly beautiful. She’s a prime example of what it means to age like fine wine, which is why it comes as no surprise that she captured the hearts of not one, but two special men.

In the midst of establishing a successful career, Sheila also found love after divorcing her husband of 24 years, Chris Robinson. Set met and fell in love with Jon Curry, a then 35 year old theatre technician. After five wonderful years, their love affair seemed as if it would be Sheila’s “happily ever after,” but unfortunately, tragedy struck when Curry died unexpectedly at the age of 40. According to the Daily Mail, Jon Curry died of a heart attack. 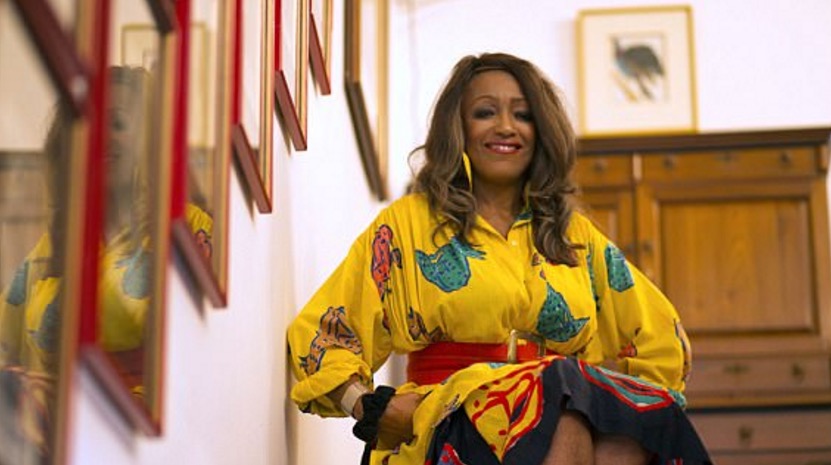 HER BEAUTY IS TIMELESS, BUT THE GUILT REVEALED AFTER HER BOYFRIEND’S DEATH IS BRAND NEW & PAINFUL. SEE WHAT SHE REVEALED NEXT>>>