Kim Field’s is known as many things- ‘Tootie’ from Facts of Life, ‘Regine’ from Living Single, a former Real Housewives of Atlanta cast star, and much more. But before any of those accolades, she was first and foremost known as actress, Chip Fields,’ first born baby.

Now who could forget Mama Chip? Any Old Schooler knows her as ‘Lynetta Gordon,’ the evil, iron burning, abusive mother of ‘Penny’ (Janet Jackson) on Good Times. Chip played that role so well that she had kids everywhere scared of her, but thankfully she is NOTHNG like “Penny’s” momma in real life. Kim and her sister/actress Alexis can attest to that.

On a prior Mother’s Day, Kim took a minute to pay homage to the actual loving mother that Chip has been to her. She posted a cool photo collage on social media of her and Chip throughout the years, with a message that read:

@kimfieldsofficial: WAY before she was #Tootie and #Regine mom (bottom row) she was #mymommy !!! She #Crushes everyday. She’s #Fine and #Fly everyday. She’s #Motivation & #Wisdom everyday. And oh man, does she #Slay everyday! #hmd #mothersday #chip ❤

Can we pause for a sec’ and discuss how Chip is looking the same way she did when she played “Regine’s” mother on Living Single 20 years ago?!! Ms. Fields is 65 and representin’ the Old School very well. Get it Chip! 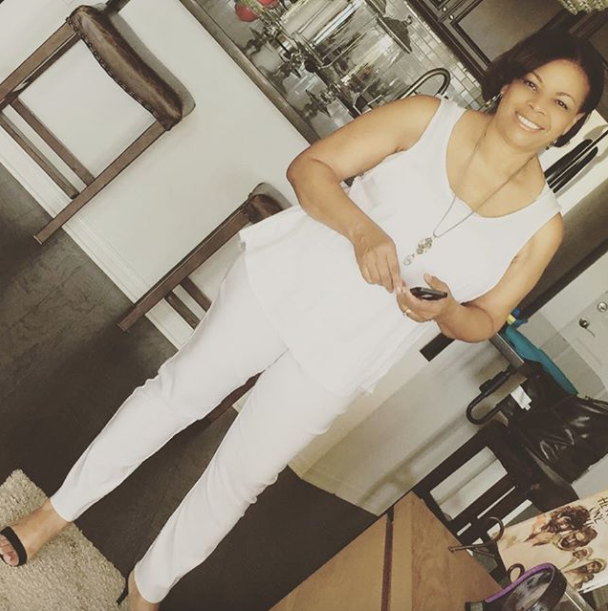 1. Who knew she was a singer? She was part of Ronnie and the Ronettes back in the day.
2. She is also a director, just like her daughter. Kim posted the below message on social media, celebrating the history she and her Mom made, for being the first mother/daughter duo to direct two different series on the same network at the same time.

History-makers. #tbt Mom and I on a break from directing for Tyler (❤😘), the only mother/daughter directing duo to work for a studio & network. Mom did #houseofpayne and I did #meetthebrowns @tylerperry #blessedlife #tylerperry #tylerperrystudios THANKS TPS one of my fave pics!!

Overall, Chip Fields is blessed to have influenced both of her daughters, Kim and Alexis (who starred in several 90’s sitcoms, including Roc, Moesha, Sister-Sister and more), in both their professional and personal lives. Three grandbabies (Kim has two sons and Alexis has one son) and two son-in-laws later, Chip probably couldn’t be happier for her babies.