Most of us The Color Purple fans remember actress, Desreta Jackson, who played the ‘young Celie’ in the 1985 classic, which starred some of the biggest African American stars in the game. Desreta was only around 14 years old at that time and what we didn’t know was how much her co-star Oprah Winfrey (“Miss Sophia”) did for her behind the scenes.

During a recent interview with California Soul TV, Desreta was asked to share some of her favorite memories about being on set of the Color Purple. While she admitted that she had “several of them,” it was the memories and experiences she shared with Oprah Winfrey on and off the set that set her life and personal development on the right track. 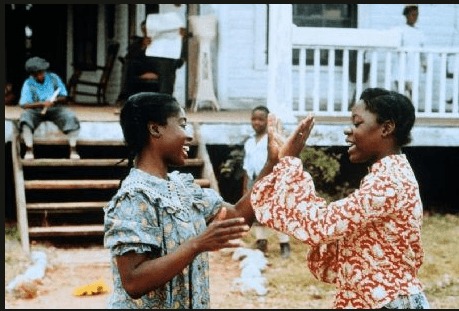 ‘Oprah Was Very Protective Of Me’

On The Color Purple set, Desreta was oftentimes the only child. So she says Oprah became “very protective” of her and also like a “mother figure” to her. Oprah would have Desreta tag along around the set, so she could witness and learn, as Oprah did day to day business as well.

“We shot [Color Purple] in North Carolina and literally…there [were] no kids around, just the adults. Oprah became like this mother figure. She would just kinda be like, ‘Come here, follow me around,’ and she would be very protective of me,” said Desreta.

She said Oprah would always make sure to shelter her from certain people on set and to shield her from ‘certain things being said’ to her, or in front of her, that children should not be told, nor hear.

“She was really that kind of person, and I would sometimes take part in like, the same room while she’s doing business.”