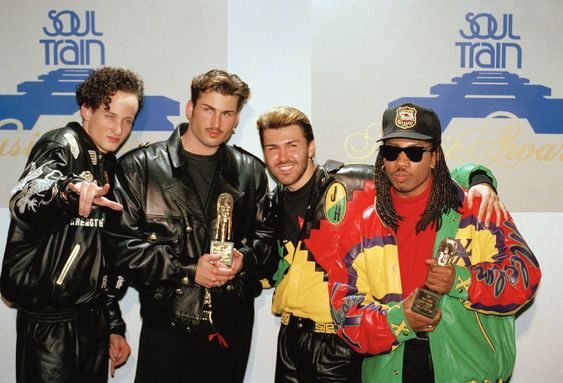 If you know 90’s R&B, you are very familiar with the group, Color Me Badd. They were the multi-cultured 4-man group that had us vibin’ to “I Wanna Sex Up” and “I Adore Mi Amor” back in the day. It’s been years since they released their last album, but a lot has been happening in their personal lives that many aren’t aware of. We recently covered the ups and downs that lead singer Bryan Abrams, has had throughout the years, and now we’re about to introduce you to member, Sam Watters’ (pictured above, far left, with hand raised) wife. She is an actress/singer and was also a VERY popular contestant on “American Idol.” They’ve been married for almost ten years now, but they have kept their marriage on the low for the most part.

Sam Watters married former “American Idol” contestant, Tamyra Gray in 2006. She’s one of the more memorable contestants because not only was she in the very first season of “American Idol,” she was one the final four contestants remaining that year. Tamara met Sam while they were working on her album in 2004 and they’ve been together ever since. They also have an adorable daughter together, named Sienna Marie. See a pic of their daughter below…

Tamyra has gone on to have a very successful acting career and singing/songwriting career. She wrote Fantasia’s hit song “I Believe,” and she’s also worked with many other artists DMX, her late friend, Lisa “Left Eye” Lopez, and others. She’s currently performing on stage on and off Broadway and has been getting rave reviews.

Sam Watters is a successful songwriter and music producer. Sam co-wrote several of Color Me Badd’s hits, such as “I Wanna Sex You Up”, “I Adore Mi Amor”, and “All 4 Love”. He is also a part of the production/songwriting team, The Runaways. they have worked with many artists, including Rico Love, Keke Palmer and others.